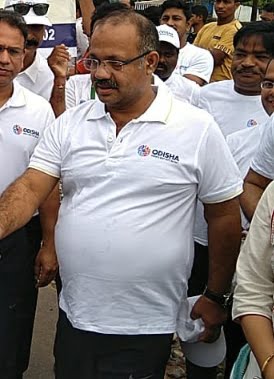 Bhubaneswar. Trouble is brewing for Odisha Tourism and Culture Minister Jyoti Prakash Panigrahi with the opposition, accusing him of misusing public money by taking two female friends on official trip to Hyderabad.

“Two female friends had accompanied the Minister when he had gone to take part in a road show organized by Odisha Tourism in Hyderabad. The Minister had written to the Director of Odisha Tourism and Development Corporation (OTDC) asking it to book their tickets and accommodation along with his,” Congress’ Media Cell Chairman Satya Prakash Nayak told mediapersons here on Wednesday.

Nayak claimed that the Minister stayed at Hotel Taj Krishna, even though he was not entitled for a five-star accommodation as per the TA Rules of the government.

“Why should the government bear the expenses of Minister’s friends? The Chief Minister should investigate the matter and take actions against him to prove that ‘Mo Sarkar’ and ‘5 T’ initiatives are being properly implemented in the state,” Nayak demanded.

The Minister, however, refuted the allegations and termed them as false and fabricated.