Congress Gets Its Non-Gandhi Prez In Mallikarjun Kharge After 24 Years; Check Victory Margin 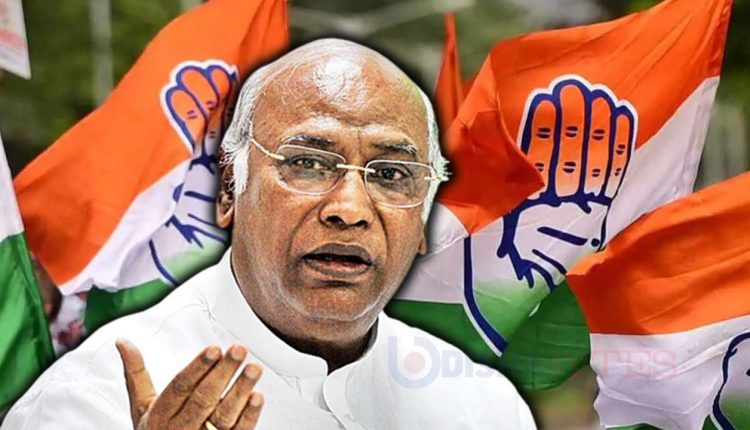 New Delhi: Mallikarjun Kharge registered an emphatic win in the Congress presidential poll by garnering 7,897 votes against his rival Shashi Tharoor, who received over 1,000 votes.

He is the first non-Gandhi to hold the post in over two decades.

The electoral contest, the sixth in the history of Congress, was held between the veteran leader and Thiruvananthapuram MP on Monday and 96 per cent of the 9,915 eligible leaders had voted in the election. The counting began at 10 am at the party’s headquarters in the national capital and ended around 1 pm.

A long-time loyalist of the Gandhi family, Kharge was already a favourite for the post.

In 1998, Sonia Gandhi was elected as the party chief after she defeated Jitendra Prasada. After holding the post till December 2017, she passed the baton to her son, Rahul Gandhi. In 2019, Rahul Gandhi resigned after the party’s second successive defeat to the BJP in general elections.