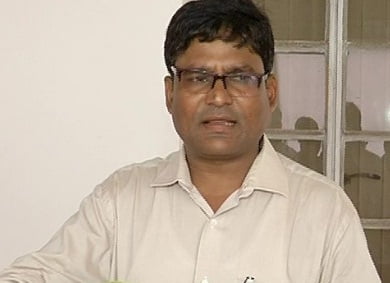 Bhubaneswar: A week after making an announcement, Congress leader of Koraput, Krushna Chandra Sagaria on Tuesday formally resigned as the Member of the Odisha Legislative Assembly.

“I had announced my resignation as the member of the Odisha Legislative Assembly at a press briefing on October 30. Later, I had gone to meet the Speaker. Since he was not present on that day, I was told to come on November 6. So I came here today and handed over my resignation letter to the Speaker,” Sagaria told mediapersons here.

He, however, said that he will remain in Congress and work for the party.

Talking about his resignation, the Congress leader said he had taken the decision on the Kunduli minor gang rape incident.

“I had made up my mind to resign for having failed to provide justice to the Kunduli minor gang rape victim despite being the people’s representative of Koraput. The gang rape of the 15-year-old minor girl in Kunduli that took place on October 10, 2017, had triggered a statewide commotion. The hapless Dalit girl, deprived of justice, later committed suicide at her house at Musaguda village on January 22 this year. Though she had narrated her ordeal before the Governor, Chief Minister and leaders of all political parties and prayed for justice, her appeal fell on deaf ears forcing her to take the extreme step. Being a people’s representative, I had raised the issue at all levels and fought valiantly to give justice to the victim. After her death, I have questioned my continuation as a people’s representative of Koraput,” Sagaria had said while announcing his resignation.

Stating that he will work for the rights of the Dalits and visit all villages in Koraput district, he said that a convention of the Dalits and tribals will be held in Bhubaneswar on December 6 to mark the death anniversary of the father of the Constitution Baba Saheb Ambedkar. “At the convention, we will take a pledge to fight for the rights of the backward communities,” he informed.