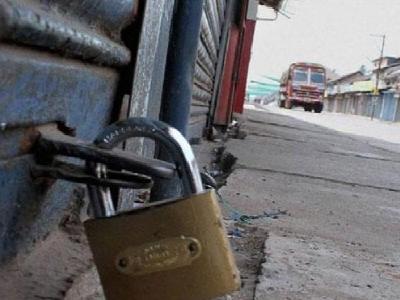 Bhubaneswar: The Congress will observe Odisha bandh on November 12 to protest against the Naveen Patnaik-led government’s alleged inaction against Minister of State for Home Dibya Shankar Mishra, accused of patronising the prime accused, Govind Sahu, in the schoolteacher Mamita Meher’s murder case.

The decision was taken at the working committee meeting of the party, attended by Odisha In-charge A Chellakumar and Odisha Pradesh Congress Committee (OPCC) president Niranjan Patnaik, here on Monday.

“The chief minister has not so far dismissed the minister even as his role in the entire episode remained suspicious. No case has been registered against the minister though there is apparent evidence against him. Crimes against women are on the rise in the state,” the party said in a statement.

“A case must be registered and the minister should be arrested after his dismissal from the council of ministers,” it said.

Meanwhile, the Odisha Youth Congress will also stage a demonstration in front of the Office of Delhi Resident Commissioner on November 9 and 10 and at Jantar Mantra the following day

The members will also submit a memorandum to the President on either November 11 or 12 to mount pressure on the Odisha government for dismissing Mishra as a minister and bringing him under the purview of investigation in the sensational murder case.

Before heading for Delhi, the Youth Congress activists will sit on a dharna for two nights on November 6 and 7 in front of Raj Bhawan here, demanding justice for Mamita Meher and the dismissal of the minister.