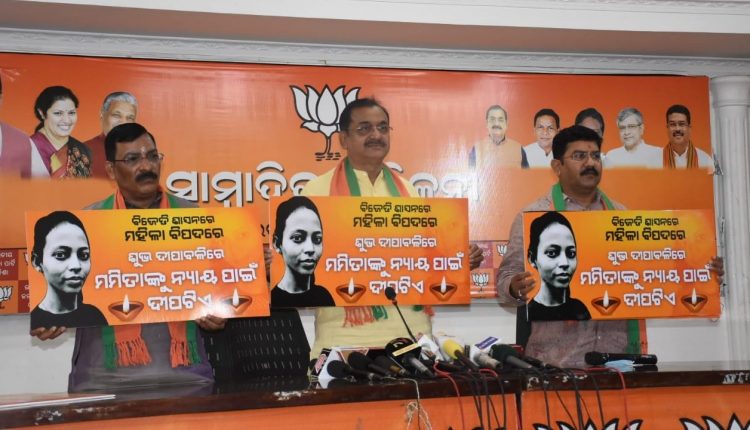 Bhubaneswar: Odisha president of Bharatiya Janata Party (BJP) Samir Mohanty on Tuesday appealed to the people of the state to light a lamp in memory of slain school teacher Mamita Meher.

Stating that women in the state are not safe, Mohanty said the BJP will continue to fight till Mamita’s family gets justice.

“While celebrating Diwali on Thursday, let us light a diya (lamp) and wish for her soul to rest in peace,” the BJP leader said.

Earlier in the day, the party’s Bhubaneswar MP dared Minister of State for Home Dibya Shankar Mishra to face CBI probe to prove his innocence in the case.

Meanwhile, the Congress has called Odisha bandh on November 12  to protest the state government’s alleged inaction against Minister Mishra, who is accused of patronising the prime accused in the case, Govind Sahu.