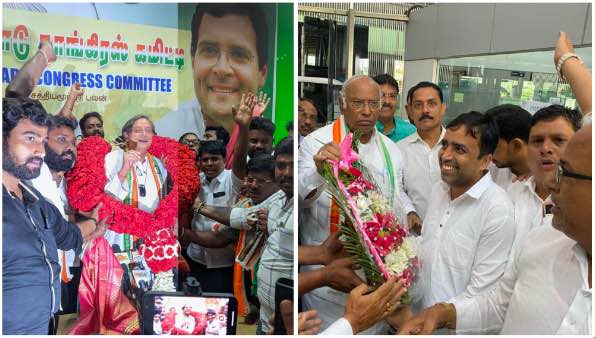 Bhubaneswar: The campaigning for the polls to pick the new president of Indian National Congress is in full swing and Mallikarjun Kharge and Shashi Tharoor are expected to visit Odisha later this month.

President of the Odisha Pradesh Congress Committee (OPCC) Sarat Pattanayak told the media that details of the programme will be released by the party on Tuesday. The candidates are likely to campaign on separate days and meet the 428 state voters at the Congress Bhavan here.

If sources are to be believed a majority of votes from Odisha is likely to go in favour of veteran leader Kharge from Karnataka, the official candidate of the Congress.

Last week, Kharge started his 10-state tour to meet with Pradesh Congress Committee (PCC) delegates, those who would be voting in the upcoming party presidential poll on October 17. Tharoor has already visited Maharashtra, Telangana, Tamil Nadu and Kerala.
Share FacebookTwitterGoogle+ReddItWhatsAppPinterestEmail