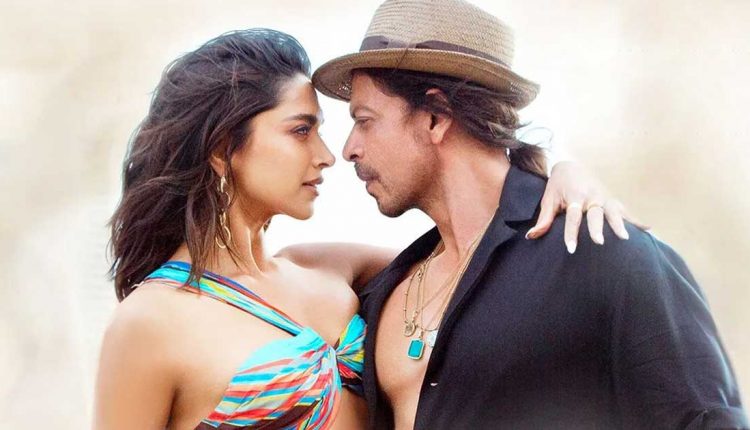 Mumbai: They say bad publicity is often beneficial for a song/film.

Well, Shah Rukh Khan and Deepika Padukone’s song ‘Besharam Rang’ from the upcoming film ‘Pathaan’ has been in the news for the wrong reasons. But that may have actually helped the song attract more views.

In five days since the track was released, ‘Besharam Rang’ has crossed 100 million views.

“100M+ views and we are just getting started. Groove to the beats of #BesharamRang song now!http://youtu.be/huxhqphtDrM Celebrate #Pathaan with #YRF50 only at a big screen near you on 25th January, 2023. Releasing in Hindi, Tamil and Telugu,” Yash Raj Films tweeted.

100M+ views and we are just getting started 💃🏽 Groove to the beats of #BesharamRang song now! https://t.co/vI9U0qxLVF

Celebrate #Pathaan with #YRF50 only at a big screen near you on 25th January, 2023. Releasing in Hindi, Tamil and Telugu. pic.twitter.com/DDApneiKMF

Much before its scheduled release on January 25, 2023, the song and the film already seem to be a superhit.

Fans have appreciated Shah Rukh and Deepika’s sizzling chemistry in ‘Besharam Rang’, but it has attracted fierce criticism from politicians and right-wing organisations.

Madhya Pradesh Home minister Dr Narottam Mishra didn’t like the use of saffron costumes in the film and flagged objectionable scenes, threatening to ban ‘Pathaan’ in Madhya Pradesh if those portions were not removed.

There have been protests from VHP, Karni Sena and Bajrang Dal as well, including a demonstration at the shooting site of another Shah Rukh film ‘Dunki’ in Madhya Pradesh.