Cop Critical After Being Hit By Speeding Vehicle In Bhubaneswar 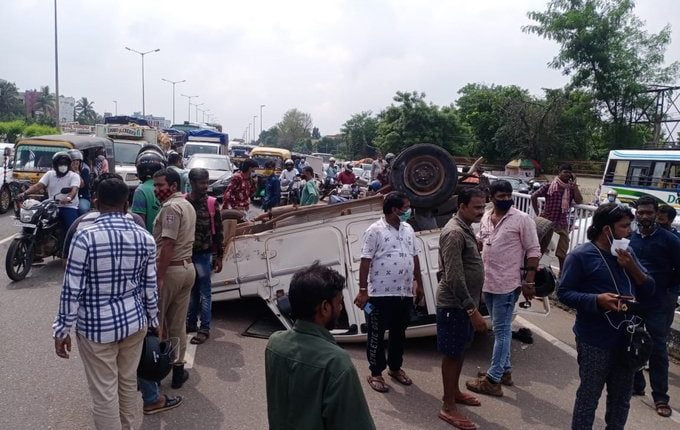 Bhubaneswar: A police constable was seriously injured after a speeding vehicle rammed into him near Vani Vihar Square on Friday afternoon.

According to sources, the traffic constable was riding towards Acharya Vihar when a speeding jeep hit him near Satsang Park on NH-16 near Vani Vihar Square and overturned.

On being informed, Saheed Nagar police rushed to the spot and admitted the injured constable to the Capital Hospital in a critical condition.

The driver was nabbed later. However, three youths, who were travelling in the vehicle, managed to escape.

Police said all four persons, including the driver, were under the influence of liquor.

The seized vehicle belongs to a person of Bharatpur, on the outskirts of the city, police said, adding that efforts are on to nab the three absconding youths.