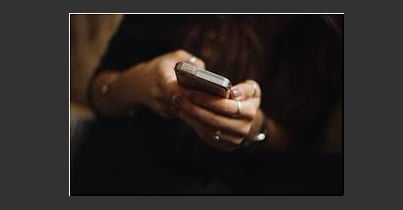 Bhubaneswar: Hundreds of youths in Gajapati district of Odisha have allegedly been duped of over Rs 6 crore by online trading-cum-gambling apps.

According to the complainants, they came across Quitoko and Nice Share, both mobile applications, which promised people heft returns for creating a chain by forwarding the message. The apps even allowed betting over online fantasy games.

At first, people got good returns on small deposits. The apps, however, vanished overnight when people, hoping for similar returns, invested Rs 3 lakh to Rs 8 lakh.

“I began with Rs 30,000. After a while, the group expanded and we received good returns. Some even enhanced their deposit to over Rs 1 lakh. But all of a sudden the app disappeared,” alleged a victim.

Some of the defrauded people staged a silent protest in front of the office of Southern Range Deputy Inspector General (DIG) of Police Satyabrat Bhoi on Friday with an appeal for help to get back their lost money.

“We have received complaints from various other blocks on the alleged online trading application. The case has been transferred to the Cyber police since it involves a lot of technicalities,” he said.

Bhoi further said that people should stay away from such shady apps as these are mere entrapments.

“From poor to educated, people have invested their money in the app and almost all the blocks in the district have been affected by the scam,” said the Sarpanch of one of the scam-hit villages.

Cop Critical After Being Hit By Speeding Vehicle In Bhubaneswar

Low-Pressure Over Bay: Heavy Rain To Lash Odisha For Next 3 Days; Check The Forecast Here