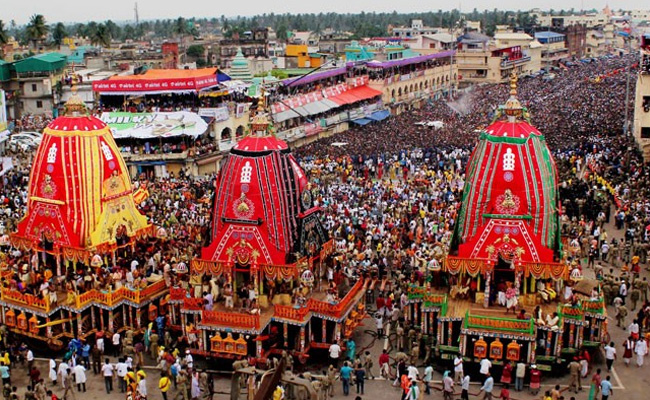 Puri: A police inspector, who had attempted to touch the idol of Devi Subhadra during the Niladri Bije ritual here last week, was suspended on Saturday.
DGP K B Singh ordered suspension of inspector-in-charge of Boudh police station Amulya Kumar Dhar on charges of violating the Orissa High Court order on touching the deities of Jagannath Temple during Rath Yata.
As per the court order, anyone not associated with the rituals of the temple is not allowed to touch the deities and climb onto the chariots during the annual festival.
Dhar was deployed for crowd management and he allegedly touched the idol of Devi Subhadra, when the deities were taken back to the main temple during Niladri Bije.
The DGP had asked Puri SP to probe the incident and took action basing on the ground report of the local police.

Consult me before making comments on national, international issues: CM to MPs