Cops Gun Down Maoist In Kalahandi 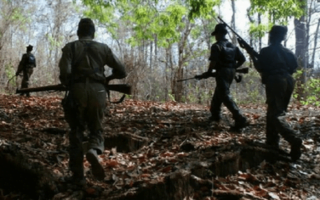 Bhawanipatna: A Maoist was killed in an encounter with police in Kalahandi district early on Wednesday.

SP (Kalahandi) B Gangadhar said a police team had launched a search operation inside Kotabandal forest in Lanjigarh block after a a tip-off that five to six Maoists were present there.

During the operation, the Maoists fired at the policemen, who retaliated likewise. However, the ultras escaped from the spot after a brief crossfire.

Police later found the body of a Maoist and seized a rifle. The identity of the deceased is yet to be ascertained, the SP said.

Notably, Maoists had killed two people in the district two days ago.