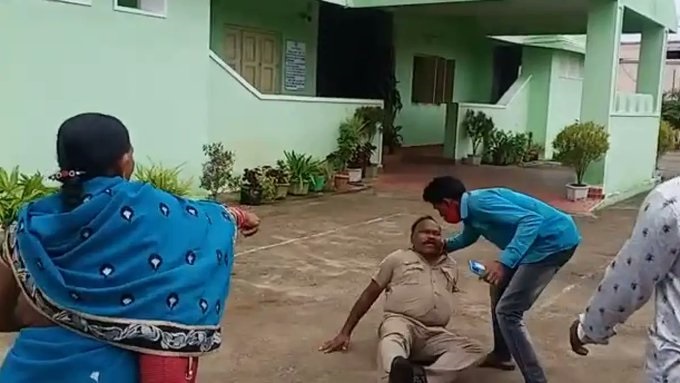 Paralakhemundi: A group of people barged into a police station at Adava in Odisha’s Gajapati district and allegedly thrashed some police personnel on Tuesday morning protesting detention of a villager, reports said.

Tension prevailed in the area after several locals staged a demonstration and gheraoed Adava police station in Mohana area of the district in protest against the detention of a villager in a ganja smuggling case, they said.

A resident of Jharanpur village was detained by the police on Monday after carrying out raid at a place. The demonstrators alleged that false charges have been levelled against the man and demanded his immediate release.