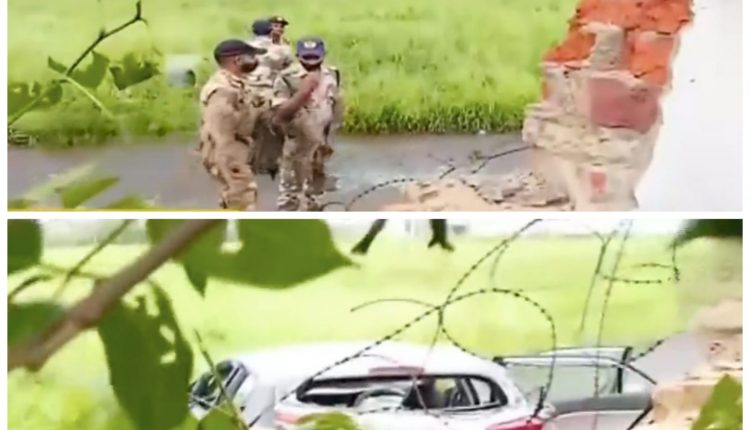 Bhubaneswar: A speeding car rammed into the boundary wall of the airport in Bhubaneswar after hitting a road divider and a tree near security cabin number 1 late on Monday.

According to sources, the car leapt 30 feet in the air before crashing into the boundary wall at the high-security zone. While all four occupants are safe, two among them sustained serious injuries, sources said, adding that the speed of the car was more than 100 km per hour at the time of the accident.

While the injured were rescued from the mangled remains of the car and admitted to hospital, their identity is yet to be ascertained.