BhubaneswarFeatured
By OB Bureau On Jan 20, 2021 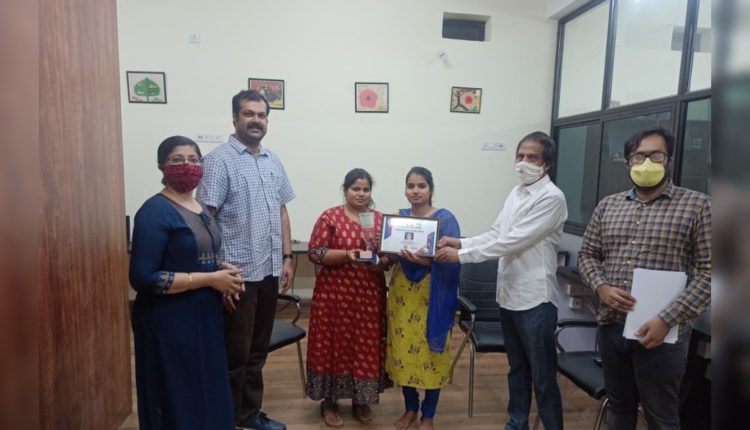 Bhubaneswar: Winners of Corona Creativity and Lockdown Recipes, organised jointly by leading news websites odishabytes.com and odishasambad.in, were handed over their prizes at a function here on Wednesday evening.

While 18-year-old Mahek Agrawall, who was adjudged champion of Corona Creativity contest for painting a portrait, organized was handed over a trophy, certificate and diamond ring, homemaker Priyanka Swain got the winner’s trophy, certificate and a diamond locket for Lockdown Recipes, a first-of-its-kind cookery event. Mahek studies at a private engineering college here while Priyanka is based at Bengaluru. 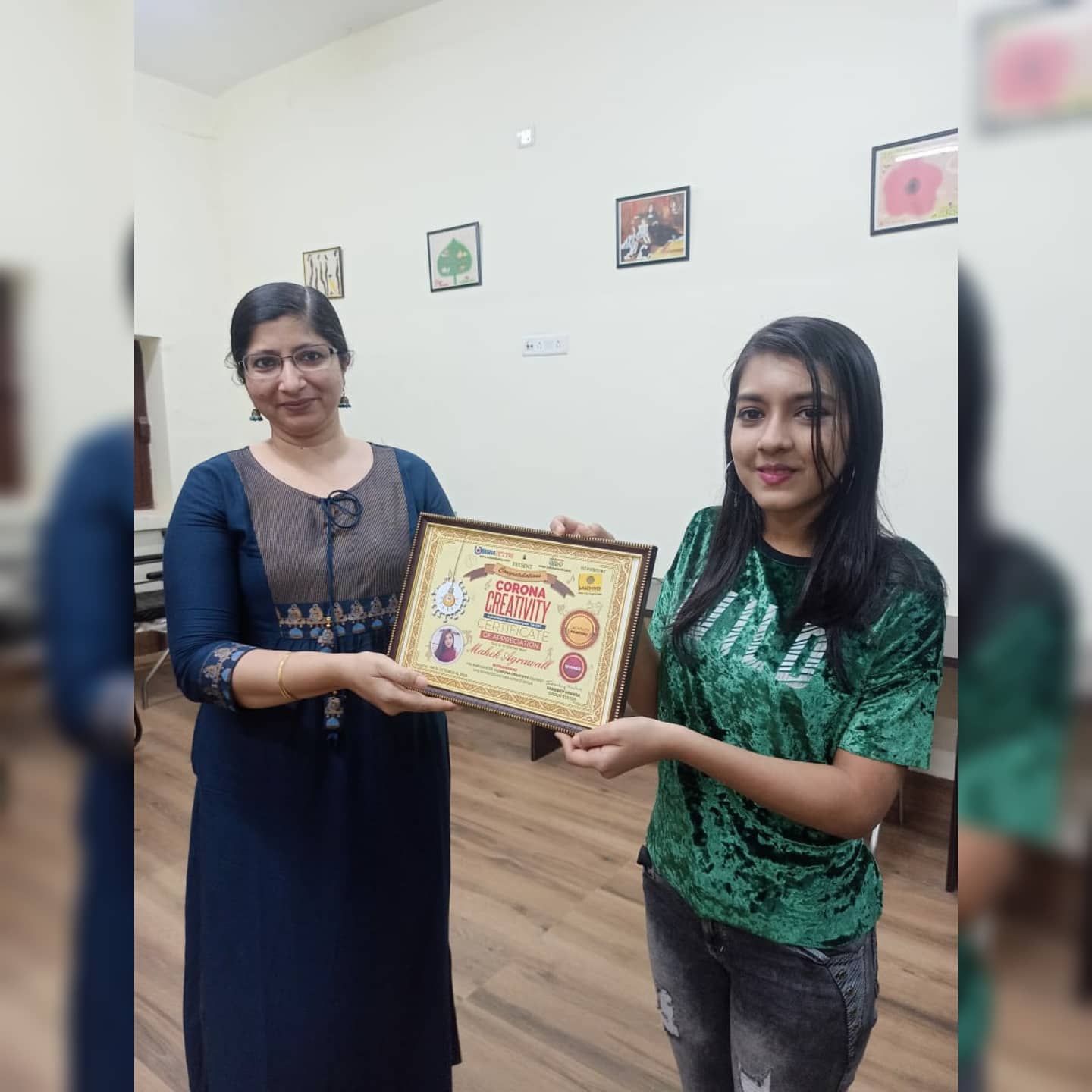 The prizes were handed over to the winners by Group Editor Sandeep Mishra, Editor of Odisha Bytes Punya Prava Rath and the group’s Editorial Advisor Ashok Mohapatra. 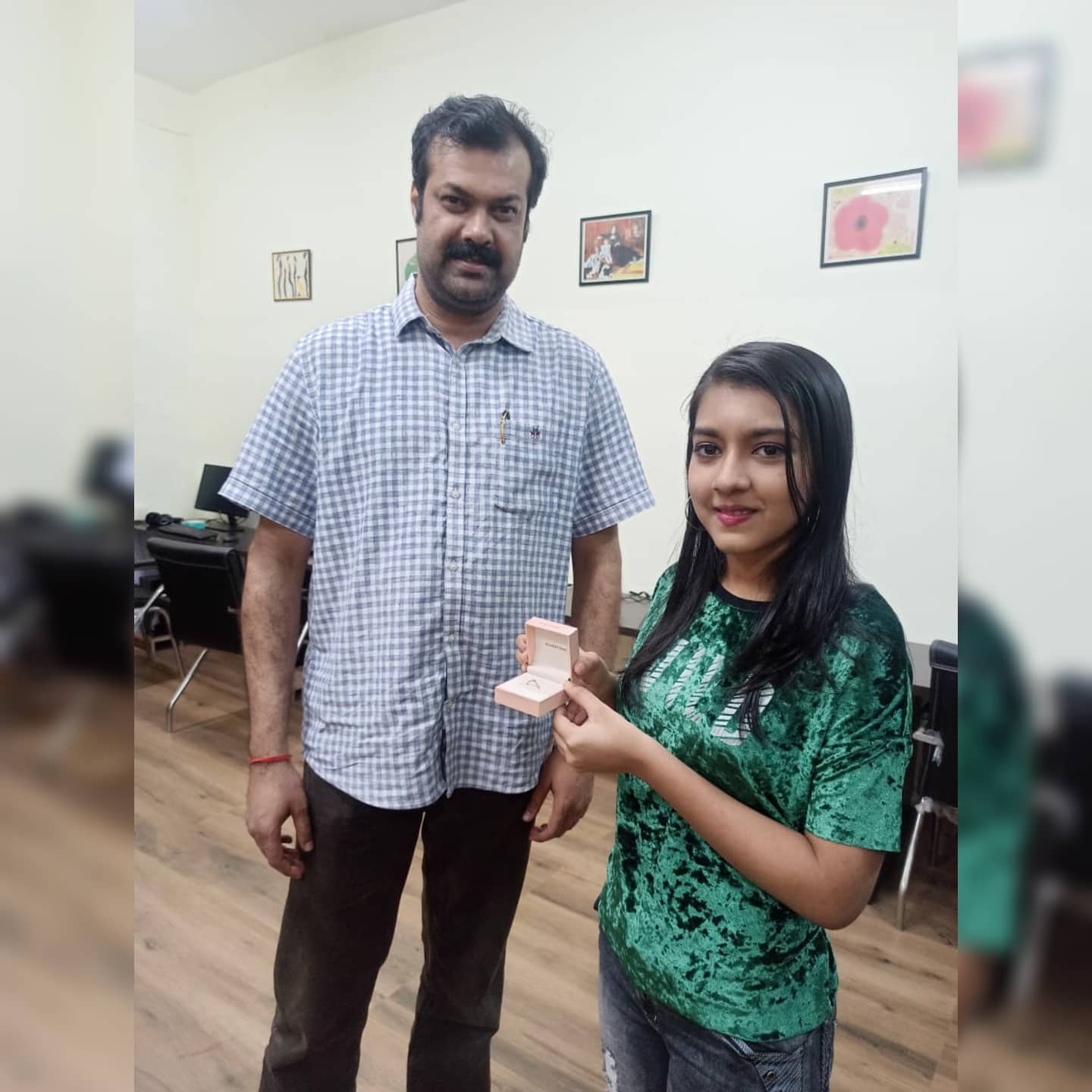 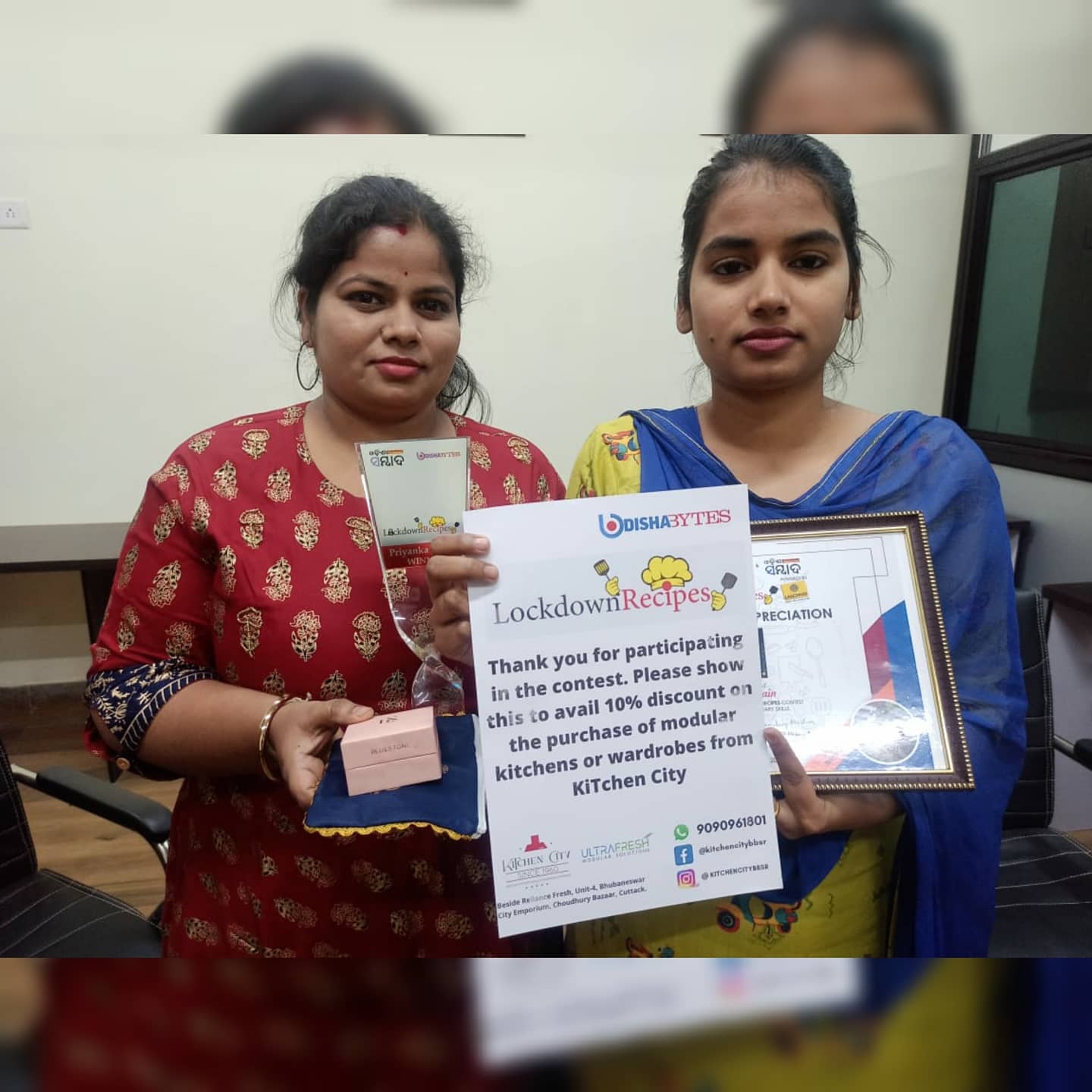 The Corona Creativity contest, held in May & June, was organised by the news websites, which belong to Bhubaneswar-based Frontier Media group, to encourage people to channelise their energies towards creativity and get rewarded for their artistic talents at a time when the entire world had come to a standstill under the impact of COVID-19 pandemic. It evoked overwhelming response from all over the globe with highly talented people, belonging to all age groups, sending their videos of singing, dancing, one-act play, storytelling, poem recitation, craft, painting and et al. 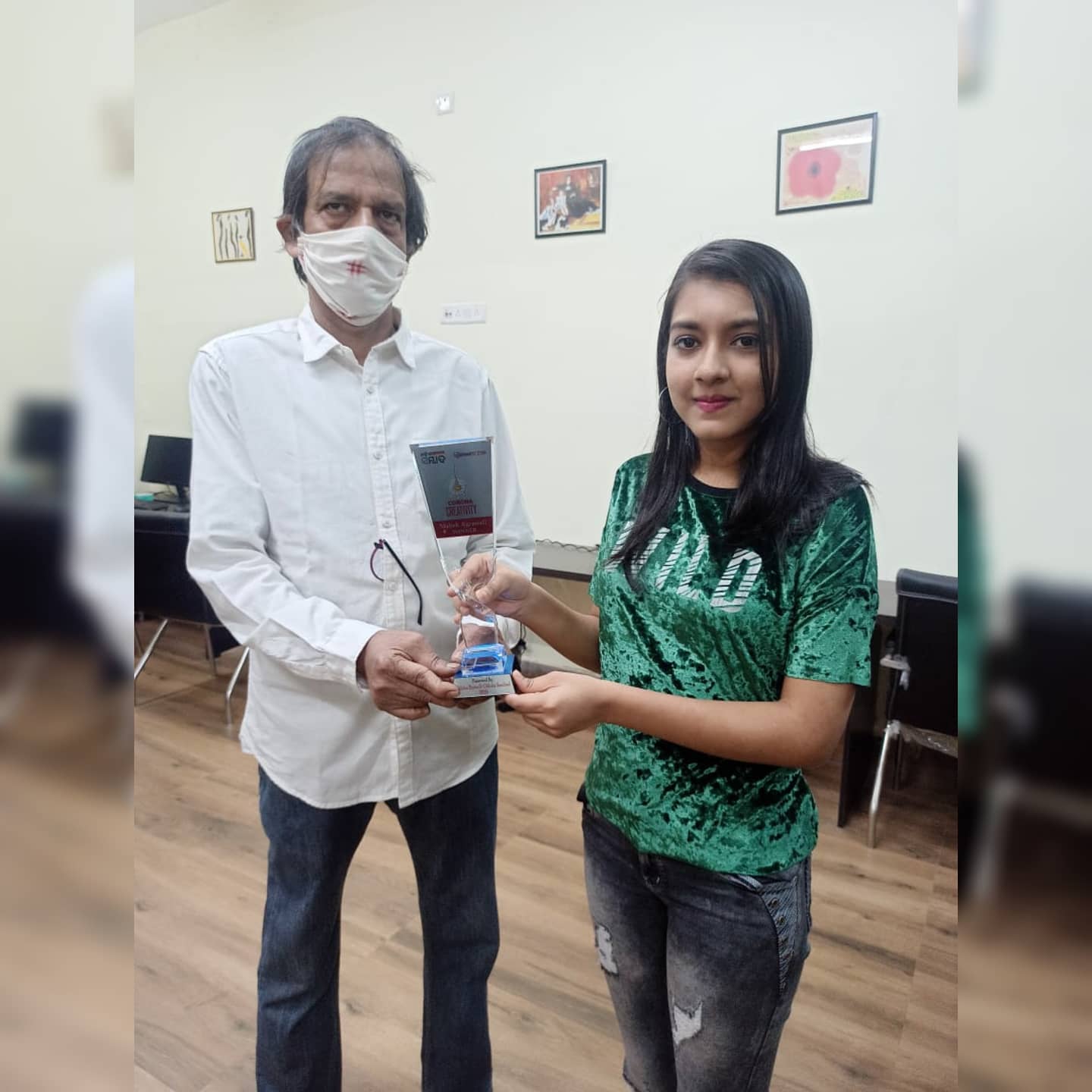 Prior to that, odishabytes.com and odishasambad.in organised Lockdown Recipes in the last week of April considering that the COVID-19 lockdown gave a large number of people ample family time and many honed their culinary skills. It was open for all and attracted a large participation from within India and abroad. Priyanka won the contest for vegetarian dish ‘Mahanika’, a combination of Odia delicacies Mahura and Kanika. 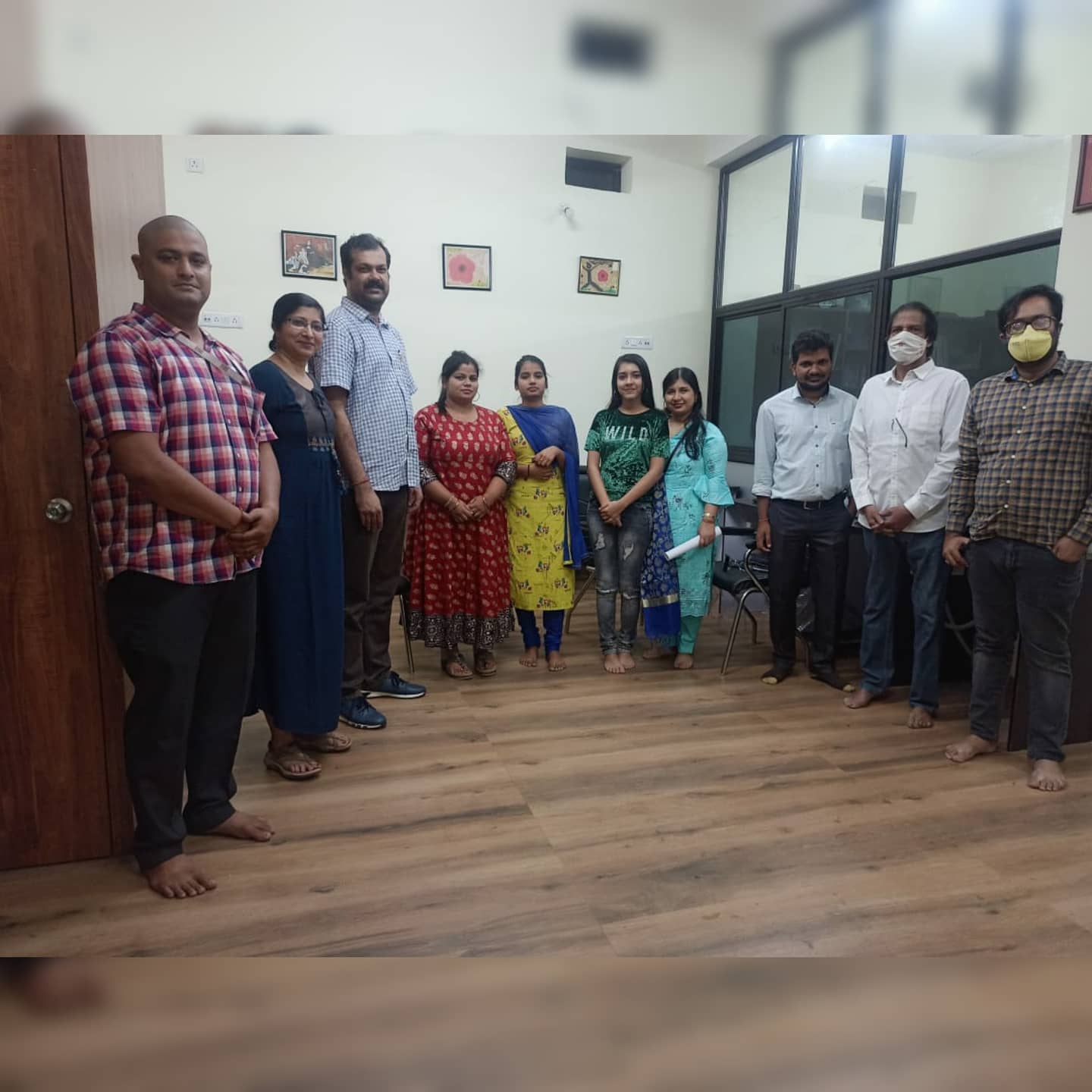 Joe Biden Sworn In, Pledges To Be A President For ‘All Americans’