Couple Arrested For Theft Of Antique Idols In Odisha’s Puri 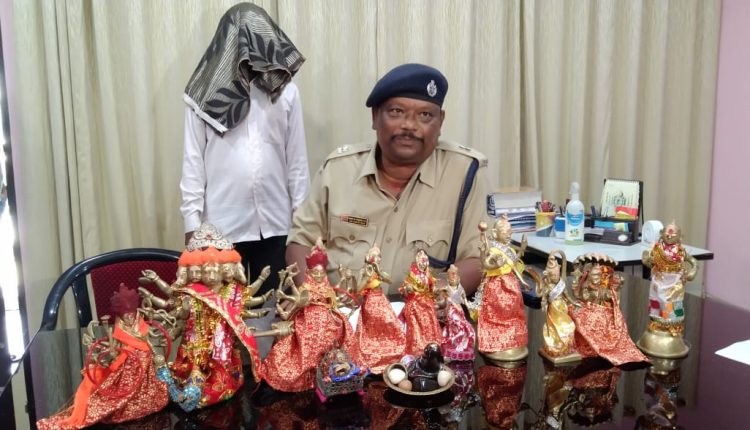 Puri: A couple was arrested by Chandanpur police for stealing 10 antique Ashtadhatu idols from different temples across the state.

A special team led by Puri Sadar SDPO Kishore Chandra Mund and Pipili SOPO Debadutta Baral were on the hunt of the antique idol thieves after a series of complaints on idol theft in the district were reported.

On Tuesday, a police team nabbed one Prafulla Mishra and his wife from Sidi Chowk at Chandanpur bypass on Puri-Bhubaneswar NH and recovered four antique idols from him. On further search, six more idols were seized from his possession.

He was taken to the police station and a case registered at Chandanpur police station,. Prafulla is a resident of Patapur village under Nimapara police limits.

Meanwhile, other district administrations have been contacted to ascertain the temples from where the idols were stolen, the Additional SP Purnachandra Pradhan informed mediapersons.

A Street Named After Zelensky?