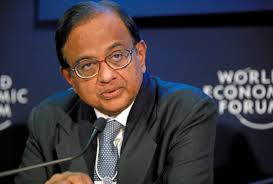 The former minister had filed an anticipatory bail plea in Patiala House Court in Delhi on Wednesday in connection with the case.

The court has asked the Enforcement Directorate (ED) to furnish a reply on the plea moved by Chidambaram by June 5. It has also asked the agency not to take any action against Chidambaram till then.

Represented by senior advocates Kapil Sibal and Abhishek Manu Singhvi, Chidambaram stated that the evidence in the case were documentary in nature and already in possession of the incumbent government.

His advocates, on the other hand, prayed for relief considering the former Minster had a clean background.

The plea was, however, opposed by Nitesh Rana, who appeared for ED and argued that Chidambaram failed to appear for investigation today, despite summons.

The court had earlier granted protection to Chidambaram’s son Karti in the same case till June 10.