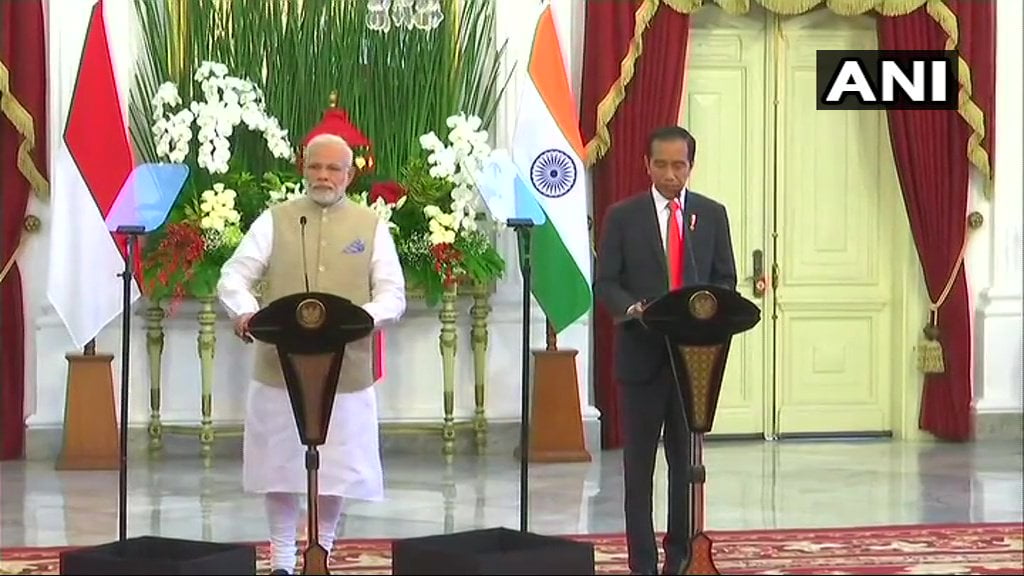 Jakarta: Prime Minster Narendra Modi reached Indonesia on Tuesday night as a part of his tour to South Asia. This is his first-ever official visit to the country.

He began his tour by laying a wreath at the Kalibata National Heroes’ Cemetery and paying homage to the martyrs of Indonesian freedom struggle.

He later met Indonesian President Joko Widodo at the Merdeka Palace in Jakarta for informal discussions before holding the delegation-level talks.

Condemning the terror attack on Indonesia early this month, the Prime Minister said, “India stands resolutely with Indonesia in the fight against terror, we condemn the recent terror attacks in Indonesia in which many innocent people lost their lives.”

“India-ASEAN partnership is such an important power that can becomes a guarantee of peace not only in Indo-Pacific region but also beyond it,” he added.

After the delegation level talks, the two leaders will inaugurate the kite exhibition at the National Monument and also pay a visit to Arjuna’s chariot and Istiqlal Mosque.

Modi will also be addressing Indian diaspora at the Jakarta convention centre, before attending the India-Indonesia CEO forum with President Widodo.

Before his departure to Malaysia and Singapore, he will attended a banquet hosted by the President in his honour.

Maoist Among Two Arrested In Nuapada