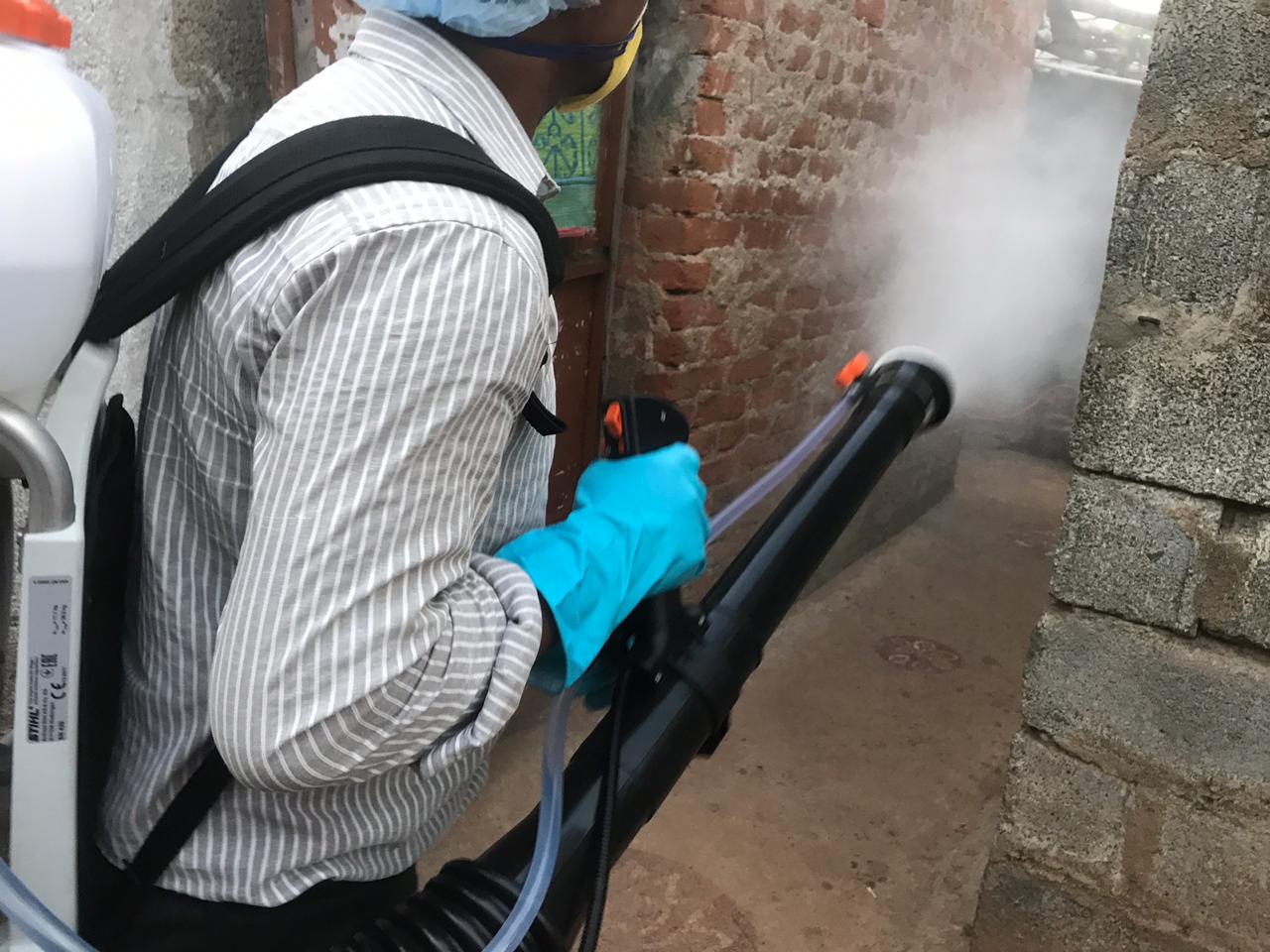 Bhubaneswar: While the Odisha Government is on a war front to prevent the possible spread of Corona pandemic, Bhubaneswar Municipal Corporation (BMC) has intensified the sanitation and cleanliness drive across the city.

Acting upon the directions of BMC Commissioner Prem Chandra Chaudhary, the corporation has undertaken activities such as disinfecting the slums, regular phase-wise fogging of wards, sweeping and cleaning of major roads and streets, bush cutting, sprinkling of bleaching powder along roads, garbage points and temporary transit station.

The BMC started slum-level disinfection from Mangala Basti near Unit-IV area on Friday. It covered slum habitation Kedarpalli and Tati basti near Bapuji Nagar on Saturday.

As for fogging, Haata Sahi, Lingaraj PS area, Lingaraj Nagar, Gouri Nagar, near Bhajana Mandap and Tara Sundari Road in Ward No. 60, Kargil Basti and Gopal Krushna Nagar in Ward No. 6 and Jadupur Stadium in Ward No 64 were covered. It may be mentioned here that on an average, 12 wards are being sanitised through fogging by BMC on a daily basis.

According to BMC’s work-plan, every ward will be fogged thrice, between 5 am to 7 am in the morning and 6 pm to 8 pm in the evening.

BMC has deployed six fogging machines (Thermal Induced Fogging Applicator or TIFA) and four machines are under deployment through rent. BMC is planning to finish the programme by the first week of April.

Similarly, street sweeping and garbage cleaning along major roads were carried out in Acharya Vihar Square, Laxmi Vihar, Desaraj Temple, Adimata Colony, Press Chaka in Ward No 12, Basudev Temple in Ward No 60, Badagada Mangala and Bhoi Sahi in Ward No. 44, Tapobana Basti near Dharma Vihar and Siddhi Vihar in Ward No. 63.

Sprinkling of bleaching powder was done at Satya Nagar in Ward No. 22, Madhab Basti in Ward No 24 and Ruchika Market in Ward No. 49 respectively, along with other areas across the State Capital.

Apart from spraying chemicals, a team with disinfectant and spray machines is also spreading awareness about the COVID-19 pandemic by asking people to stay at home and practice social distancing as advised by the State Government.