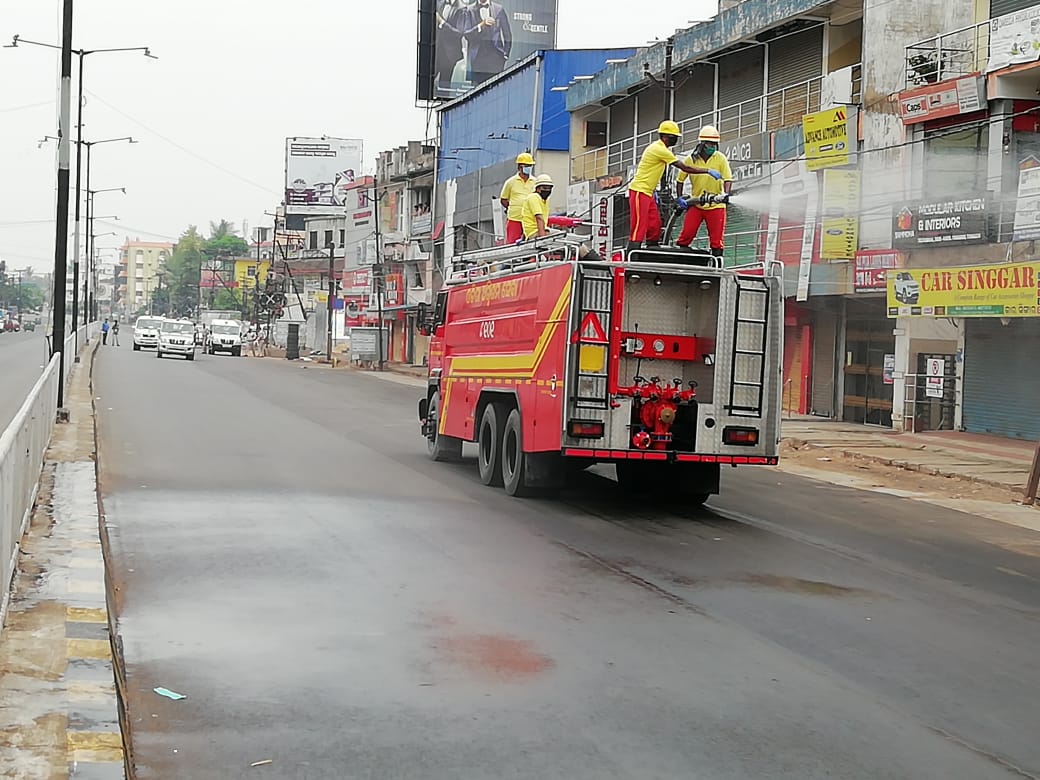 With lockdown imposed in Odisha to contain COVID-19 (Corona Virus Disease of 2019), I got a message from a friend in Chhattisgarh three days back drawing my attention to a person in Nabarangpur who was reportedly not feeling well. Fearing he could be facing some serious
health issues, I called up a journalist and asked if he could help him reach the hospital. Hours later, when I called the journalist to know if he could be of any help to the said person, I learnt he had no
health problems but wanted help to go home, situated in another state, on his motorbike.

My journalist friend denied help and advised him against venturing out and risking his life during this public health crisis. It seemed the person, worried to go home, didn’t see a danger to his health from COVID-19 or SARS-CoV2 (Severe Acute Respiratory Syndrome Corona Virus 2) that causes it.

This is not a stray case where someone desires or attempts to venture out, defying government instructions and lockdown guidelines.

Violations At All Levels

Despite Chief Minister Naveen Patnaik’s repeated appeals to the people of Odisha to strictly adhere to the guidelines, we have been coming across news of increase in such violations during the lockdown. Videos showing police brutalities on violators are in circulation on social media platforms with many condemning the police’s unlawful actions.

While most violators are youth from low-economic groups with low-level of education, many well-educated people are also seen venturing out on bicycles and motorbikes without sufficient reasons in Odisha’s capital city and other towns. According to some journalists working in rural Odisha, police is visiting villages to punish violators and ensure people do not unnecessarily come out of their homes.

Apart from these violators, some people with travel history, either overseas or to another state in India, and most migrant workers, who have returned to their native villages from other states, have neither visited a hospital for health check-up nor stayed in self-quarantine.

Most migrant workers found it difficult or impossible to follow government guidelines on self-quarantine. “Anyone having an idea about traditional housing pattern in rural Odisha can easily guess whether there is enough space and provision for a family member to remain in
isolation. Twenty beds at isolation centres set up in each gram panchayat (GP) are too less when hundreds of migrant workers have returned in almost every GP,” Phulbani-based civil society member Ashok Parida said.

A Balangir-based social worker, seeking anonymity, expressed his doubts over registration of migrant workers, who have returned home recently, with the local administration. Balangir, for the record, is known to be a distress migration-prone district in Odisha.

Here come the pertinent questions. Why do people come out of their homes to roam on the streets, putting their and others’ lives at risk? Why don’t people follow regulations spontaneously to save their lives from the dreadful COVID-19? Why people with travel history do not follow self-quarantine to protect their family members?

In many cases, what stopped people from visiting a doctor or hospital was the stigma: once detected positive for COVID-19, infected person would become untouchable in the family and community, and would have to undergo a period of ordeal in isolation.

There could be several other reasons for people’s non-adherence to the government laid down norms. Maybe, they don’t take any message on the disease seriously because they haven’t understood what COVID-19 is; how SARS-CoV2 virus gets into human body and causes the disease; how it migrates from one host to another nearby and threatens their lives and of their family; how everybody is vulnerable and the virus could infect anybody.

Answers to these questions in simple and consumable formats are essential to make people understand their vulnerability to the disease as well as the gravity of the situation communities and the state are facing. Such information would not only educate people to take the situation seriously but also motivate them to change their behaviour for their own safety and also of their family and community.

Going by the definition and principles of communication for social and behaviour change, it is the strategic use of communication approaches to promote individual and community acceptance of fresh knowledge, changes in attitudes, norms, beliefs and behaviours. For individuals to practice the desired behaviours during a health crisis like the one the entire world is facing today, people need to know the risks of transmission and how to prevent it. They (individual and community) need to feel they are at risk of transmission and they need the skills to practice protective behaviours.

Such communications remain critical to a society like ours because it encompasses people from multiple economic strata with varying cultural and behavioural practices ruled by the struggle for daily livelihood or extended financial security.

It’s the government’s primary duty to educate and empower people with required knowledge and skills before imposing guidelines and expecting them to behave in an expected manner.

Unfortunately, the government did not do enough in this regard before clamping lockdown across the state in March. So, if violation of guidelines by individuals is condemnable, the government by not doing what it should have done can also be held responsible.

According to Panchanan Mishra, a social worker from Kandhamal, people need to be convinced that COVID-19 is dreadful; isolation, which is a precaution and part of containment exercise, is essential for personal as well as community safety. “Once they understand this, they will certainly obey guidelines and cooperate with the government. There will be no need of police action,” he said.

With most newspapers not going to press, television still a luxury for many households in rural and remote Odisha, popular folk dramas being unthinkable during lockdown, convincing people through effective communication seems to be the biggest challenge now. However, with
smart phones available in most households in almost every village, barring only a few outreach villages, involving community influencers in the process of communication by using mobile technology can be a game-changer.

The aforesaid people are normally the most respected persons and credible sources of information in local communities. Their messages will certainly influence members of their community and motivate them to bring changes in their behaviour. Although some people are undertaking such activities at some places, this has not been pursued seriously as part of the state’s communication strategy to deal with COVID-19 outbreak.

With the number of positive cases touching 54, and more cases likely in the coming days, this seems to be worth a trial across Odisha to change behaviour of people and engage them as responsible citizens in the fight against COVID-19.

(The author is a senior journalist)