Bhubaneswar: The daily positivity rate in Odisha dropped to 4.4 per cent on Friday with 1793 of the 40,733 samples testing positive for COVID-19.

The state has been reporting less than 2000 fresh cases for the last five days. It saw a drop in daily positivity rate below 5 per cent for two consecutive days on Wednesday and Thursday. 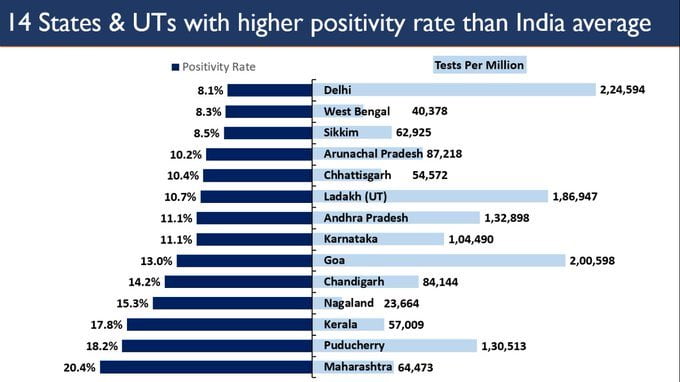 While 92.49 per cent of COVID patients have been cured of the infection in the state, the total recovery across the country stands at 89.53 per cent. The cumulative recovery stands at 257041.

Similarly, the case fatality rate is 1.51 per cent in the country and 0.43 per cent in Odisha. Friday saw another 18 patients succumbing to the virus in the state, taking the toll to 1214.