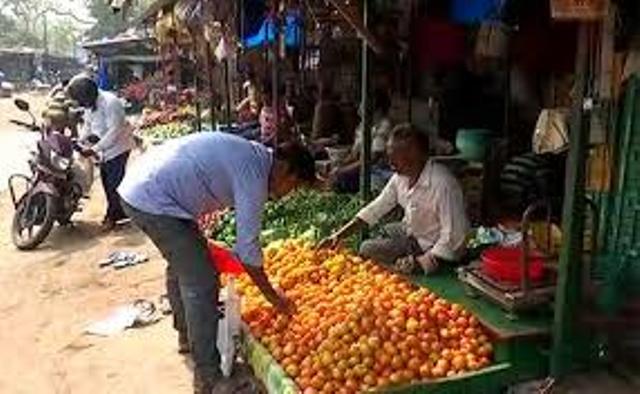 Bhubaneswar: The Odisha capital has been grappling with an acute shortage of fresh vegetables due to the 48-hour shutdown in the city that was lifted on 8 pm Sunday, traders complained on Tuesday.

“As no transport vehicles were allowed to ply during the shutdown, the vegetables brought from the neighbouring states to Odisha, have rotted,” president of Bhubaneswar Kancha Pariba Byabasayee Sangh, Kabiraj Swain told the media.

“To make matters worse, vegetable traders in the neighbouring states are not willing to send consignments to Odisha due to the countrywide lockdown,” Swain added.

He informed that going by the daily consumption of vegetables in the city, there is about 40 per cent shortage. He further said that vegetables produced in the state will not be enough to meet the demands of the people in Bhubaneswar.

Swain also said that most of the city vendors, who used to sell vegetables at the Unit I daily market earlier, are not willing to set shop at the other locations identified by Bhubaneswar Municipal Corporation (BMC) due to poor turnout of buyers.

Now, COVID Can Be Detected Through Swab Samples Taken From Smartphone Screens