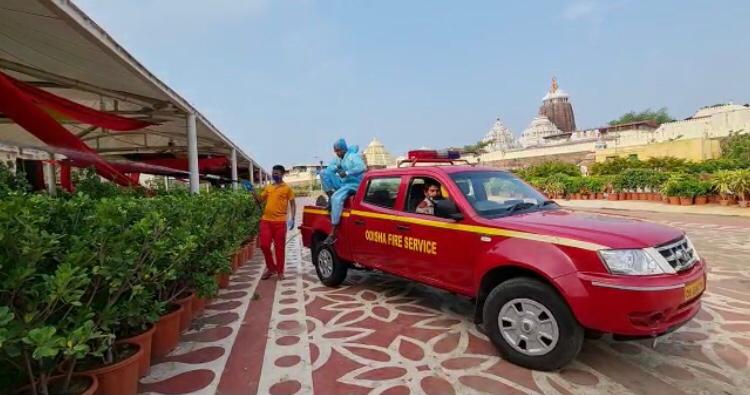 Puri: A massive disinfection drive was undertaken at Puri’s Srimandir and its periphery on Sunday.

The employees of Puri Municipality and Fire Service personnel sanitised the temple premises as well as outside where people queue up darshan. All the areas near the temple’s boundary walls were also sanitised on the day.

The temple will reopen for darshan on Monday.

The temple is being closed on Sundays from April 4 for sanitisation. Disinfection of the premises is also being done twice a week at night after the doors are closed for the devotees.

Amid COVID-19 upsurge, the Shree Jagannath Temple Administration (SJTA) has proposed the Odisha government to keep the 12th-century shrine out of bounds for devotees also on Saturday.

Night Curfew In Puri: No Entry To Jagannath Temple After 8…