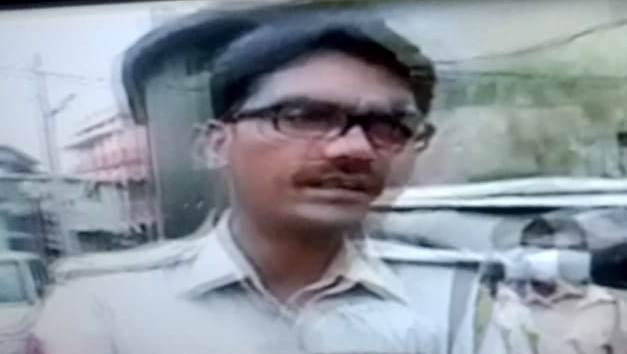 Cuttack: Police on Sunday lathi-charged a group of youths after they pelted stones at them in Kesharpur area here.

According to reports, a patrolling team from Mangalabag police station found some youths gathered around a religious place in the morning in violation of the 48-hour shutdown order.

When the police team told the youths to go back to their homes, the latter pelted stones at them. The Mangalabag IIC and some other policemen were injured in the incident.

Following information, Cuttack DCP Akhileswar Singha rushed with a police force to the area and lathi-charged the stone pelters. Police also detained some of the youths.

The DCP said police have launched an operation to trace the other youths involved in the attack. “A case will be registered against the youths for attacking police,” he added.

At This Durga Puja Pandal In Bhubaneswar, Take A ‘Tour Of Akshardham Temple’ [Watch]