Bhubaneswar: The Odisha government on Sunday said that the two latest COVID-19 cases had travel history.

The Health and Family Welfare Department had tweeted: A 70-year-old man of Kapila Prasad Housing Board Colony Phase II, who had returned from Australia on March 22 and has been in home quarantine since then, has tested positive.

The other person is a 29-year-old man of Bomikhal, which had earlier reported three cases. He was diagnosed with the infection during active surveillance. He had travelled outside  the state.

There are 21 active COVID-19 cases in Odisha with two patients having been fully cured and discharged from hospitals, where they were undergoing treatment. 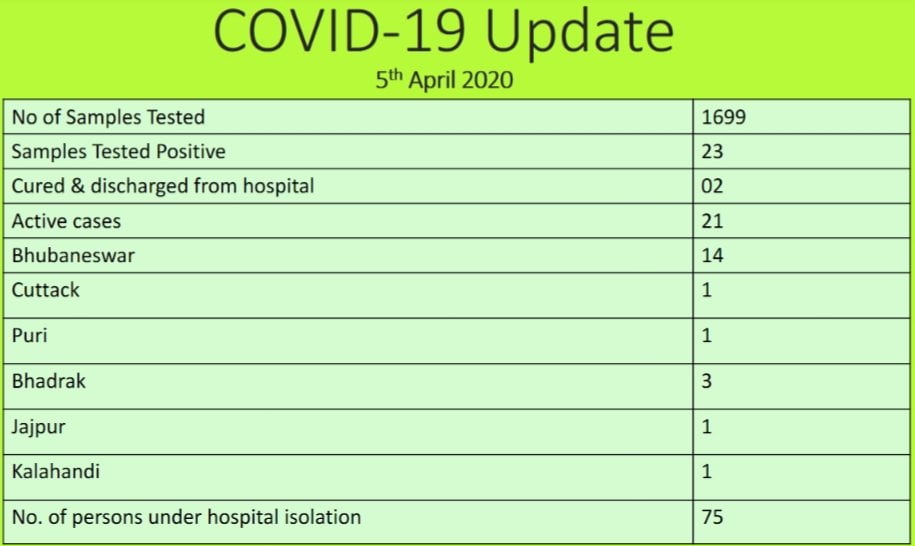 Bhubaneswar has reported the maximum 16 cases, which include the two patients who have recovered, followed by Bhadrak at 3 and one each from Cuttack, Puri, Jajpur and Kalahandi.

At present, 75 people are in hospital isolation.

Morning Musings In Twin Times Of Amphan And Corona

Govt Employee Conned On Facebook: Fraudster Tried To Extract Money After Opening His…