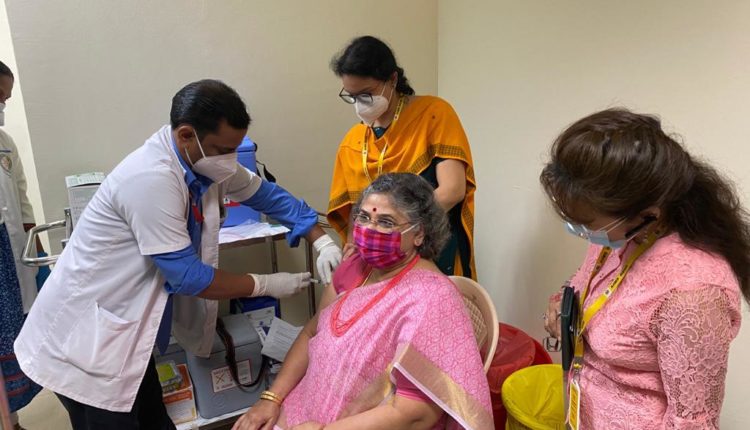 Bhubaneswar: Total 612 persons were administered COVID-19 vaccine in the city on the first day of national vaccination drive on Saturday.

The vaccination was carried out at six centres of health facilities in the Capital identified by the state government. While 156 health workers were administered vaccine in Capital Hospital, 100 each were injected in AIIMS, SUM Hospital, KIIMS Hospital and BMC Hospital and 56 in Community Health Centre (CHC) at Unit IV, according to BMC sources.

As per the government’s plan, the vaccine was administered to the health workers in the first phase of the drive. They included 139 doctors, 230 paramedics, 147 supporting staff, 89 ANMs and 7 others.

All of them kept under mandatory observation for 30 minutes for any Adverse Event Following Immunisation (AEFI). But no vaccinated person reported AEFI, the sources said.