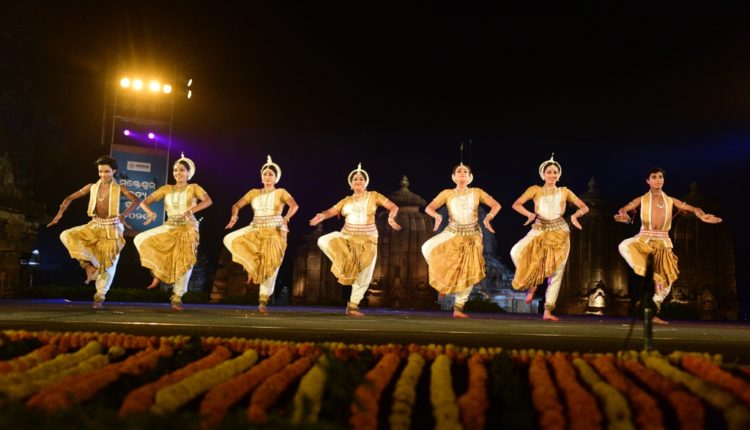 Bhubaneswar: The three-day Mukteswar Dance Festival in the city came to end on Saturday with spectacular performance by Odissi dancers of national and international repute.

The first show was the chorus eulogising the glory of Lord Shiva presented by eminent music director Guru Srinibas Satapathy and his group.

The concluding item of the evening was a group Odissi dance performed by Jyotsnarani Sahoo and Group of Soor Mandir, Cuttack. Their first item was Vandana-Shivamaya, which was followed by Geetabhinay- Rasanuraga and Sudha Nrutya- Keerti Kalabati, choreographed by Guru Jyotsnarani Sahoo and music composed by Guru Swapneswar Chakraborty.