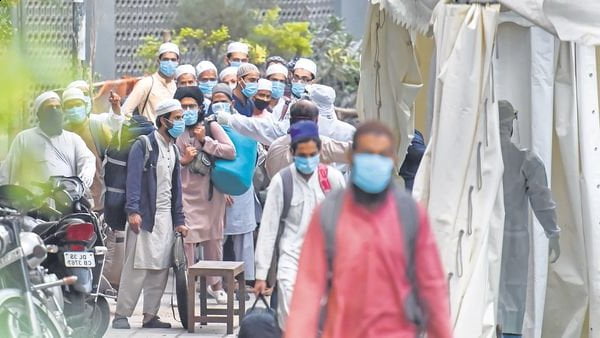 New Delhi: Immigration authorities on Sunday intercepted eight Malaysian nationals on board a rescue flight to Kuala Lumpur after they were identified as Tablighi Jamaat members who had attended the Nizamuddin religious congregation, which has emerged as the top hotspot for the coronavirus infection in India.

The eight were forced to de-board a Malindo Air flight from New Delhi to Kuala Lumpur via Mumbai as it was readying to depart with 30 Malaysians in an evacuation operation around 12.30 pm, officials said.

Immigration officers informed police and Union Health Ministry officials after the intervention. It was carried out in response to a lookout notice against several foreigners who are believed to have attended the Nizamuddin congregation last month in violation of their visa conditions, the Hindustan Times reported.

Over 2,000 Tablighi Jamaat activists were evacuated from their headquarters last week even as several hundreds of them have spread out to at least 17 states.