Cracks On Samaleswari Temple Walls To Be Repaired After Dusshera 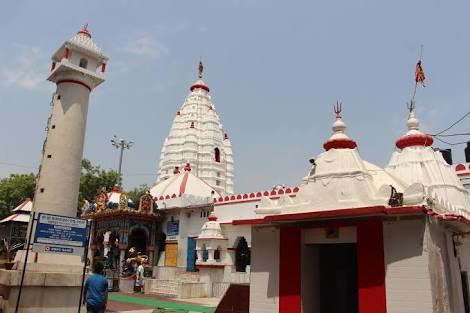 Sambalpur: The Odisha State Archaeology will recondition and repair the cracks recently detected on the wall and the arch of Samaleswari Temple here.

A coating of plastic paint was removed revealing the cracks on the wall of this popular shrine.

Samaleswari Temple Trust Board president Sanjay Baboo said several cracks were found after more such plastic paint layers were removed. “The state archaeology has suggested stitching of the cracks for which funds to the tune of 10 lakh will be provided by the Culture Department. The work will start after Dussehra,” he said.

This 16th-century abode of goddess Samaleswari in proto-Nagra style, was built by the first Chouhan King of Sambalpur, Balram Dev.

Prior to this, the structure beneath the floor of the sanctum sanctorum of the shrine was found to be damaged by rodents. The state archaeology had inspected the temple and suggested repairs, which started in April.

“An engineering map of the temple has already been prepared for the repair work,” informed the Temple Trust Board president.

He further said that all silver ornaments of the deity will be replaced with gold ornaments in a phased manner. “In the first phase, gold ornaments, including Kankana, Karnanchala, Padma Mukha and Mathamani will be made for the deity at a cost of around Rs 20 lakh,” he added.
Samaleswari
Share FacebookTwitterGoogle+ReddItWhatsAppPinterestEmail