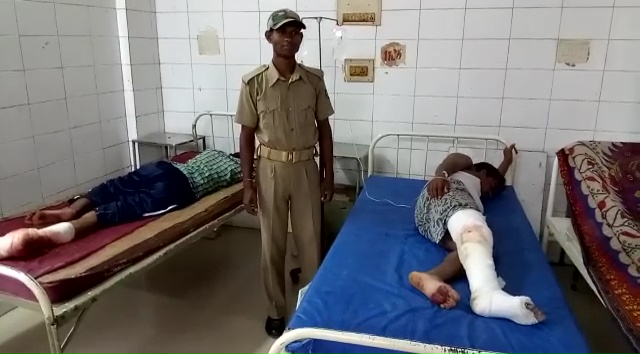 Ganjam: Criminal Muna Sahu and his associate Radha Krushna Sahu were injured in an encounter with police at Berhampur in Ganjam district late on Friday and admitted to a local hospital for treatment.
A pistol, four rounds of bullets and three bombs were seized from their possession.
A team of Gosaninuagaon police intercepted them near Jaleswar Khamdi road following a tip-off about presence of three criminals in the area. On being challenged, the duo opened fire on the cops who retaliated. The duo sustained bullet injuries on their legs.
According to police sources, they were allegedly involved in a bombing incident on a liquor shop, in which five persons were injured, in Berhampur the previous day.
This is the second encounter in the district in the last two days. Another criminal, identified as Ananta Patnaik, was injured in an exchange of fire with police at Karanjai Square on Friday.

Bhoomika plays journo opposite Babushan in upcoming ‘Hero No 1’