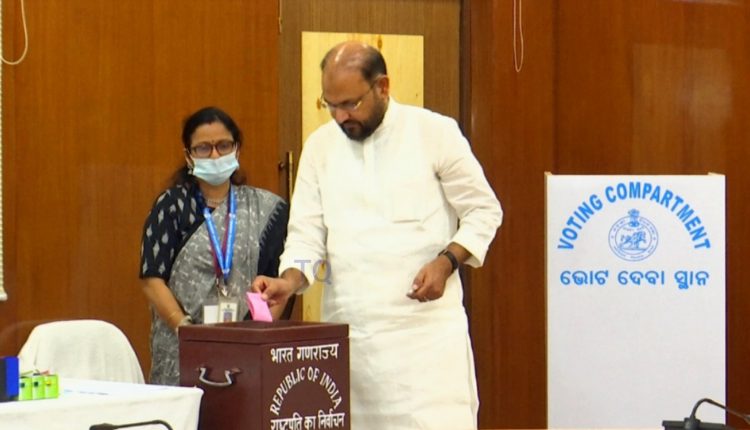 Bhubaneswar: Defying the Congress leadership’s diktat, party MLA from Barabati-Cuttack Mohammed Moquim on Monday claimed to have cast his vote for Droupadi Murmu in the ongoing presidential election.

“I voted as per the dictates of my conscience and chose the daughter of the soil for the country’s topmost constitutional post,” he told mediapersons.

His statement created a flutter in the faction-ridden Odisha unit of the party, which elected old war horse Sarat Pattanayak as the president on May 23. Moquim was an aspirant for the president’s post.

On July 16, the Odisha Pradesh Congress Committee (OPCC) president, however, asserted that there is no fissure in the party and all nine MLAs, including two scheduled tribe legislators, will vote for the UPA presidential nominee Yashwant Sinha. He had informed the legislators about the high command’s decision after returning from Delhi.

Senior MLA and Congress legislature party leader Narasingha Mishra said, “Moquim voting against the party’s decision has been reported to our high command.”

Earlier, Jatni MLA Suresh Rautray had left the party red-faced after batting for Murmu, a tribal leader from Mayurbhanj district. A day later, he made a volte-face and said that he would toe the party line.

According to ANI, Gujarat NCP MLA Kandhal S Jadeja also claimed he had voted for the NDA nominee.

Notably, cross-voting had cost Congress in the Rajya Sabha polls in Haryana and legislative council elections in Maharashtra and the party had been taking extra precautions to rally its MLAs for the Presidential polls.

The numbers, however, are stacked in Murmu’s favour with parties like Shiv Sena, Jharkhand Mukti Morcha extending their support recently. She had already received support from Biju Janata Dal (BJD) and YSR Congress Party.

Chief Minister and BJD president Naveen Patnaik had earlier urged all members of the Odisha legislative assembly, cutting across party lines, to extend unanimous support to ‘daughter of Odisha’ Murmu.

EV And Drone Manufacturing Units To Be Set Up In Odisha