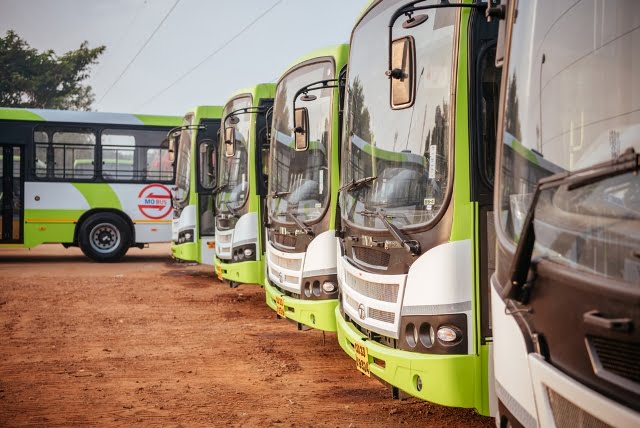 Bhubaneswar: The Capital Region Urban Transport (CRUT) on Sunday announced the routes where Mo Bus services will resume from Monday.

Chandan Mishra, operation manager of CRUT, in an audio release stated that initially 50 buses will ply on 16 routes and gradually other routes will be covered. All buses will been sanitised both inside and outside thoroughly before going to pick up the passengers.

Stating that the entire crew of the buses have already taken COVID vaccine, he requested the passengers to follow the COVID appropriate behaviour as announced by the state government.

Mishra further said the norm of no mask, no entry will be strictly followed and no passenger will be allowed to travel standing in the buses.

On the weekends, the services will be available only for the passengers from railway station to Cuttack and Khurda and shuttle service from airport to railway station.

Following are the details of the routes: 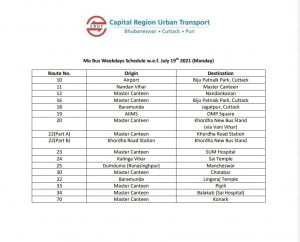 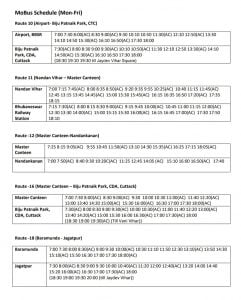 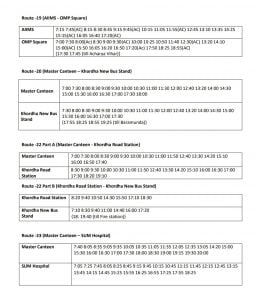 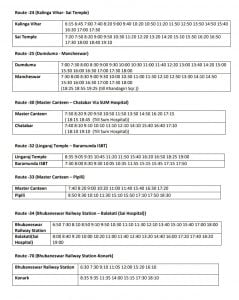 Know Days & Timing For Vaccination Of Pregnant Women In Bhubaneswar