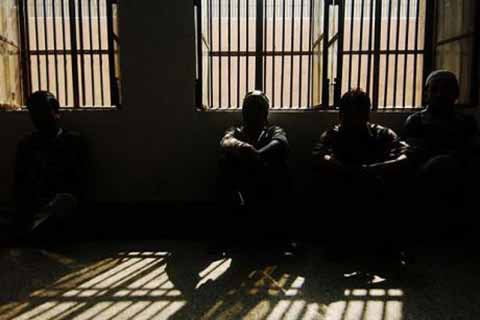 Malkangiri: Police have launched a departmental inquiry into the allegation of custodial torture of four minor boys in the district.

SDPO of Chitrakonda Sunaram Hembram told the media that the initial inquiry has ruled out the allegations as there are no adverse remarks in the medical examination report of the minor boys. But, considering the sensitivity of the matter, a thorough probe has been ordered.
The district collector has also asked the District Child Protection Officer to inquire into the matter.
The families of the minors made the allegation after Chitrakonda police produced the four accused before the Juvenile Justice Board on Monday. The minors, accused of theft, were allegedly detained for three days in Chitrakonda police station, beaten up and given electric shocks in custody.
Also Read: Minors Beaten, Given Electric Shock In Police Custody In Odisha’s Malkangiri: Families
custodial tortureDepartmental ProbeMalkangiriMinorsodishapolice
0
Share FacebookTwitterGoogle+ReddItWhatsAppPinterestEmail

COVID-19 Vaccination Sites Will Be Increased Up To Five Times: Govt