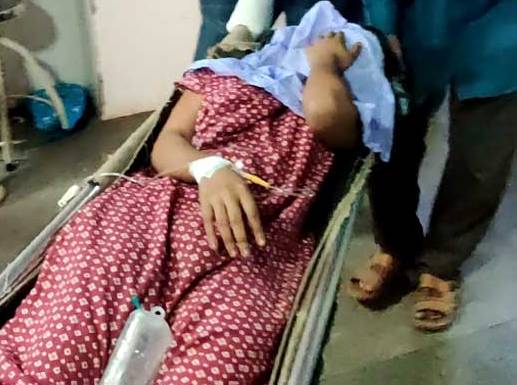 Cuttack: The Commissionerate Police has informed that the Plus II female student of Christ College, who was rescued from a burning house at Mansinghpatna in Cuttack city, had received threatening messages from 100 fake Facebook accounts.

The perpetrators had threatened the victim that she would meet the same fate as the five-year-old girl of Jadupur village in Nayagarh district. They had even messaged her, claiming that they would never be caught if she died. However, they would surrender if she survives, they added.

According to police, the victim had gone to her uncle’s house at Bayalishi Mouza in Cuttack on December 13, 2020 to attend a marriage function.

From that day, the miscreants had been opening fake accounts in the name of her family members. The victim received the first threat call on December 26 last year. Later, she received several obscene photos and videos.

Panicked by the incident, the family changed the girl’s SIM and also lodged a complaint with the Crime Branch on December 31. The family told police they suspected a nephew of the girl’s uncle was involved.

Based on the complaint, the victim’s family members and the accused relative had appeared at Sadar police station on January 25.

Sadar Police also advised the victim’s family to lodge a complaint at Lalbag police station since they were staying in a rented house at Mansinghpatna. The family accordingly lodged the complaint on January 31.

Lalbag Police said they had written to the Facebook head office in the US to provide the IP address of the fake accounts and other details in order to identify the miscreants. However, there has been no reply till date.

Police added that they have detained the accused nephew and his friend for interrogation.

In a related development, the girl’s father, Dhuna Chandra Das, refuted speculations that the incident was a fallout of a love affair. Das said the miscreants were spreading such rumours to defame his daughter.

“The miscreants had tried to kill my daughter. I request the police to nab the culprits and take stern action against them,” he added.

Home Isolation Rules Relaxed For Returnees To Odisha, But These States Still On Watchlist