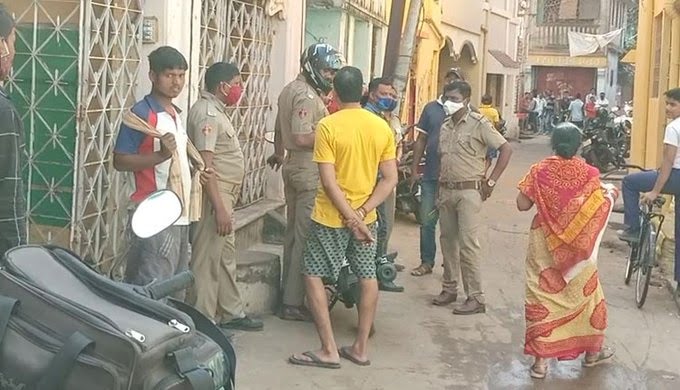 Cuttack: Panic gripped Mansinghpatna area in the city on Thursday after police rescued a college girl from a burning house and admitted her to the SCB Medical College and Hospital.

Police found the girl’s hand and legs tied when they rescued her. The room which the girl had rented was apparently set on fire by some youth as a revenge.

Talking to media, owner of the house Subhashree Jethi said the girl is a Plus II final year student of Christ College was staying her house on rent.

“I was on the first floor. As I noticed smoke on the ground floor, I came down and saw the girl with her hands and legs tied with a rope struggling to come out of the room. I immediately rushed to her and brought her out of the room and informed the police. The girl later told me that she was severely thrashed by four youths who had come to her room at about 11 am. Later, they tied her limbs, poured kerosene on her besides spraying it in the room and setting it on fire. Before leaving, they gave her a sedative injection to make her unconscious,” Subhashree said.

According to police, the victim had recently lodged a complaint at Lalbag police station against some youths after they posted her obscene video.

Preliminary investigation has revealed that the incident is the fallout of a love affair. However, the police have refused to reveal the details to the media.