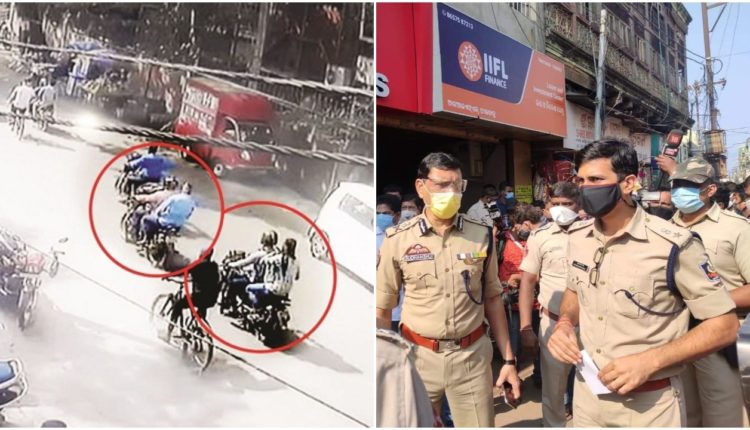 Earlier, the loot was estimated to be around Rs 12 crore.

In what could be the biggest-ever robbery in Odisha, four-armed miscreants looted cash and jewellery from the Nayasarak branch office of the non-banking finance company at gunpoint around 9 am on Thursday.

“They looted cash amounting to Rs 4.30 lakh and gold ornaments worth Rs 8 to Rs 10 crore. The exact worth of the loot can be ascertained only after the audit report is tallied. The incident happened in just 10 minutes,” IIFL’s Nayasarak Branch Manager Satyam Pradhan had told the media.

According to sources, the company, however, informed the police about gold weighing 39 kg worth around Rs 20 crore being looted during the heist, the following day. The robbers had mopped up almost all packets containing gold jewellery in the strong room of the office in the busy Nayasarak.

A police team headed by Cuttack DCP Prateek Singh is probing the incident on the basis of CCTV footage. However, no arrests have been made even after 36 hours of the loot.