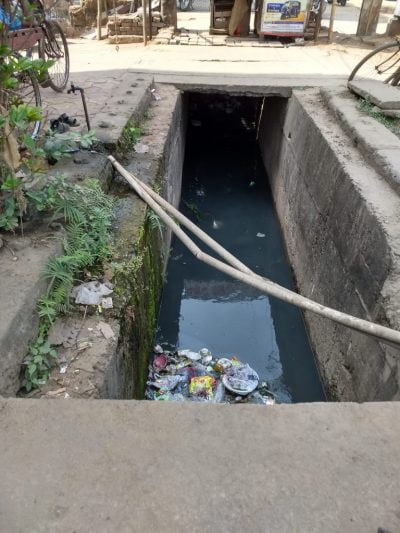 Cuttack: Demanding compensation for the family of a minor boy, who died after falling into an open drain in Odisha’s Cuttack city, the locals gheraoed the mayor and CMC commissioner during a visit on Tuesday.

According to source, Cuttack mayor Subash Singh and commissioner of Cuttack Municipal Corporation (CMC) visited the spot in Bidanasi of the city where the incident took place to take stock of the situation. As they arrived, the parents of the victim, 9-year-old Joseph Sahani, and the locals gheraoed them.

They alleged that the CMC was responsible for the death of Joseph as it had failed to ensure covered drains in the area. They demanded transfer of the junior engineer, who was assigned the works, and adequate compensation for the family of the deceased.

The mayor told the media that he would look into why the drain was left open as it was covered by concrete slabs on his instruction when he visited Bidanasi 6 months back. “Stringent action would be taken against whoever is responsible for the incident,” he added.

On the demand for compensation for Joseph’s family, he said he would take up the matter with Chief Minister Naveen Patnaik.

As per reports, Joseph, a Class III student of Modern Public School, was flying kite on the road in front of his house near Sai Apartment on Sunday evening. Suddenly he fell into the open drain and drowned.

His family members, who were inside the house, and the locals rescued Joseph from the drain and rushed him to Sishu Bhawan. But, the doctors at the hospital declared him brought dead.