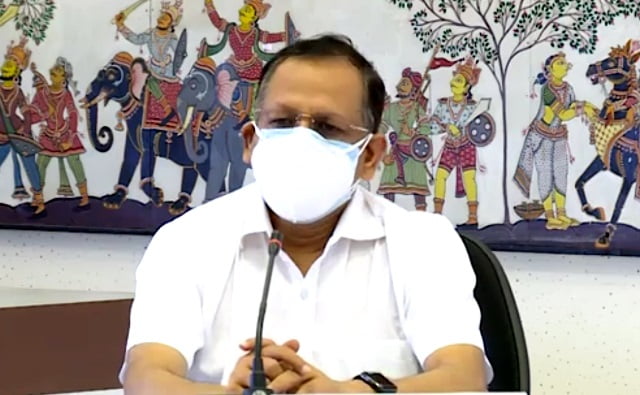 Bhubaneswar: Acting on the cyclone warning by India Meteorological Department (IMD), the Odisha government has stepped up measures to ensure zero casualties.

Briefing mediapersons on Saturday, Special Relief Commissioner (SRC) Pradeep Jena said as per the IMD forecast, the landfall of cyclonic storm will be near Kalingapatnam between Gopalpur and Vishakhapatnam by tomorrow evening. Under its effect, there will be heavy rainfall with strong wind in Kandhamal, Ganjam, Rayagada, Malkangiri, Koraput, Nabarangpur and Gajapati districts in South Odisha. Among the seven districts, the impact of cyclone will be more in Nabarangpur, Kandhamal and Malkangiri districts.

The SRC further said although the wind speed will be comparatively less, there will be heavy to very heavy rainfall with isolated extremely heavy rainfall in these districts.

“As there will be heavy rainfall, flash floods are most likely in Rushikulya, Nagavali and Vanshadhara rivers. Besides, like the Cyclone Titli, landslides in Gajapati and Rayagada cannot be ruled out,” he pointed out.

Stating that the intensity of rainfall will be more on Sunday and Monday, he said necessary arrangements have already begun in these districts.

“I have had a video conferencing with the collectors of these seven districts today. As decided, 42 ODRAF teams, 24 NDRF teams and 102 Fire Service teams will be deployed in these districts. Apart from this, a reserve team will be kept as a standby in Nayagarh district and it will be pressed into duty, if the situation warrants,” the SRC added.