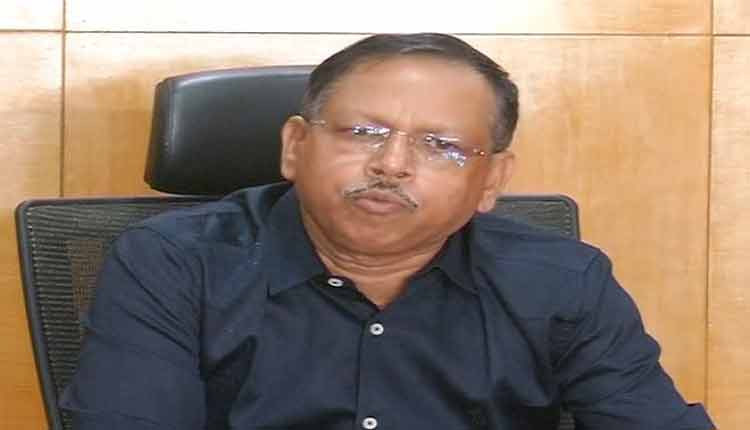 Bhubaneswar: Though the very severe cyclonic storm Bulbul spared Odisha on Saturday and changed its course towards West Bengal and Bangladesh coast, it has rendered extensive damage in six districts of the state.

Briefing the media here, Special Relief Commissioner (SRC) Pradip Jena said that out of six lakh hectares of paddy and non-paddy crops, about 30-40 per cent crops have been damaged in Jagatsinghpur, Kendrapara, Bhadrak and Balasore. “We have apprised the Union Cabinet Secretary in a video conferencing of the damage this afternoon and requested him to send a team to assess the extent of crop loss in these districts,” he added.

Referring to the casualty, he said a 70-year old man Ganeswar Mallick of Gajarajpur village under Rajkanika police limits in Kendrapara district died due to the collapse of the asbestos roof of his house this morning. The district administration is investigating the incident.

On the rescue and relief operations, the SRC said that a total of 3682 people in the low-lying areas of Jagatsinghpur, Kendrapara, Bhadrak and Balasore districts have been evacuated and shifted to 46 cyclone shelters where they have been provided dry and cooked food and drinking water.

He further said that 381 fishermen with 43 trawlers from West Bengal have been sheltered at the fishing jetties at Dharma and Talachua while nine fishermen have been rescued from a boat after it met with a mishap near Dharma this morning.

Besides, the Fire Services personnel admitted a pregnant woman of Binatara village in Bhadrak district to the district headquarters hospital in Kendrapara as the 108 Ambulance van could not proceed to the hospital due to falling of trees on the road.

Stating that a number of electric poles, 33 KV feeders, 33/11 KV feeders and 11 KV feeders have been damaged in Jagatsinghpur, Kendrapara, Bhadrak and Balasore districts, Jena said the restoration of power is being done on a war-footing.