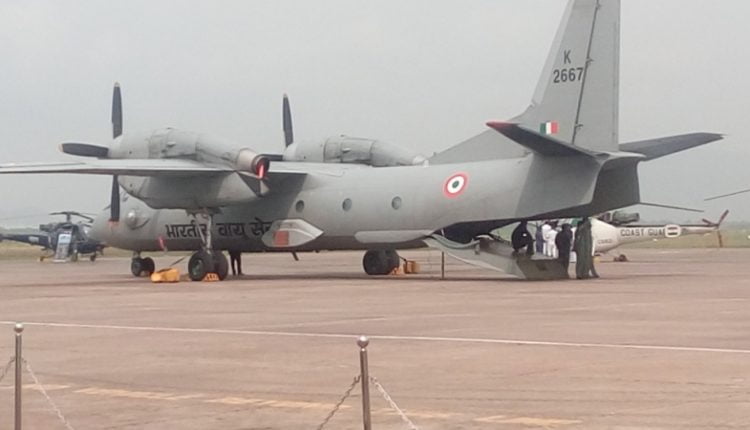 Visakhapatnam: Two INS ships and aircraft are on standby at – INS Dega and INS Rajali – air stations of Visakhapatnam and Chennai respectively to carry out rescue and relief operations ahead of Cyclonic Storm ‘Gulab’ making a landfall between North Andhra Pradesh and South Odisha coast in the next 12 hours, stated the Indian Navy in a press release indicating that it is closely monitoring the movement of the system.

The Eastern Naval Command headquarters at Visakhapatnam, and Naval Officers-in-Charge of Odisha Area have carried out preparatory activities to combat the impact of Cyclone Gulab and are in constant liaison with Odisha Administration for rendering assistance as and when required.

As part of the preparedness, flood relief teams and diving teams have been positioned at the coast adjoining Odisha and Anadhra Pradesh close to Visakhapatnam to render assistance.

Two Naval ships are at the sea with humanitarian aid and disaster relief material (HADR) and medical teams are in place to render help in the affected areas.

Indian Naval Ship aircraft are positioned at air stations Dega at Visakhapatnam and Rajali near Chennai to undertake an aerial survey of the affected areas, casualty evacuation and airdropping of relief material as per requirement.

The Dance of Democracy: Flawed Yet Necessary

Super Cyclone Of October 29, 1999: When Odisha’s Socio-Political Course Underwent A…

Remnants Of Cyclone Gulab To Form Cyclone Shaheen; Where Is It Headed To?