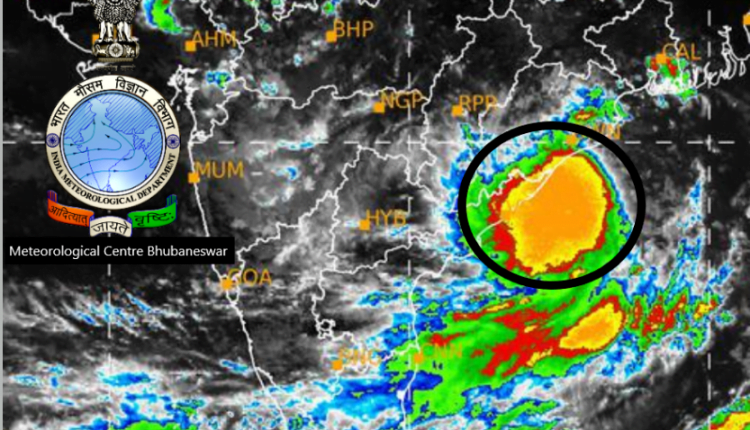 Bhubaneswar: Cyclonic storm Gulab laid centred over northwest and adjoining westcentral Bay of Bengal, about 190 km east-northheast of Kalingapattnum, 140 km eastsoutheast of Goplapur, at 11.30 am on Sunday.

According to the India Meteorological Department (IMD), the system moved nearly westwards with a speed of 18 kmph during the past 3 hours. The current intensity at the centre is 75-85 kmph gusting to 95 kmph.

It is likely to move nearly westwards and cross north Andhra Pradesh-south Odisha coasts between Kalingapatnam and Gopalpur, as a cyclonic storm around midnight. The landfall process will commence from the evening, it said.

The storm will bring winds packing with a speed between 75 to 85 kmph gusting to 95 kmph. Tidal wave of about 0.5 m height above the astronomical tide is likely to inundate low lying areas of Srikakulam, Vizianagaram, Ganjam districts during the landfall, it added.