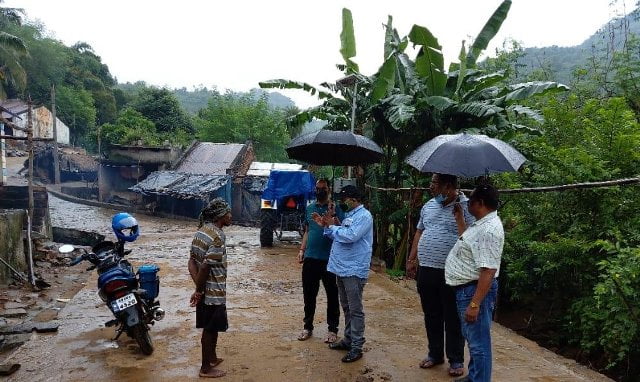 Paralakhemundi: With the Cyclone Gulab heading towards the South Odisha and Andhra Pradesh coasts, the Gajapati district administration has began evacuating people from vulnerable areas.

Gajapati Collector Lingaraj Panda informed that around 8,000 people will be shifted from the vulnerable areas by Sunday afternoon.

The collector said 55 cyclone shelters have been kept ready and nodal officers have been deputed in seven vulnerable blocks to ensure a smooth evacuation process.

Also, six ODRAF and two NDRF teams are kept in readiness for relief and rescue operations, he added.

Since Saturday night, the administration has already evacuated more than 700 people residing in kutcha houses in hillside and low-lying areas in seven blocks to safer places.

As there is a possibility of landslides in the hilly areas of Mohana, Gosani, Gumma and Raigarh blocks, the district administration has deployed the local BDOs, tehsildars and local representatives to evacuate the people to nearby schools and cyclone shelters.

While the elderly people have been housed at nearby schools, pregnant women have been shifted to Maa Ghar. The administration has provided them with dry and cooked food.

Odisha’s Tryst With 8 Cyclones Since 1999