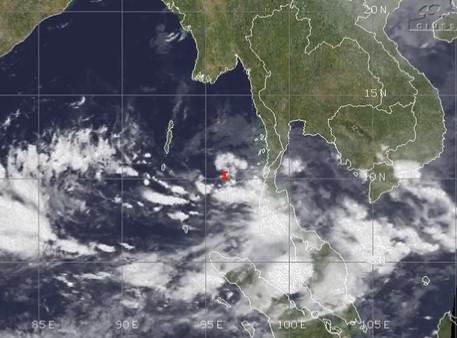 Bhubaneswar: A low-pressure area has formed over the southeast and the east-central Bay of Bengal, informed the regional meteorological centre on Thursday.

The system is likely to move west-northwestwards and concentrate into a depression by October 22 morning and intensify further into cyclonic storm ‘Sitrang’ over the west-central Bay of Bengal during the subsequent 48 hours.

The MeT office has also issued a heavy rainfall warning for three districts – Puri, Kendrapada, and Jagatsinghpur – on October 23. It has, however, made no forecast on its likely intensity, path, and wind speed. However, the system in all probability is likely to bring heavy rain to the coastal districts of Odisha.

The collectors of Ganjam, Puri, Khurda, Jagatsinghpur, Kendrapada, Bhadrak, and Balasore were asked to remain alert and to closely monitor the situation.