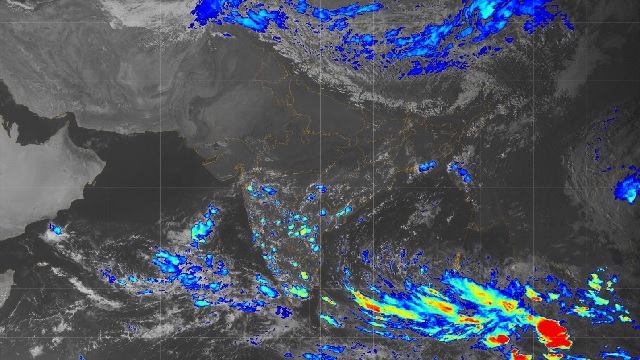 Bhubaneswar: Three districts of Odisha – Jagatsinghpur, Kendrapada, and Puri –  may experience heavy rain on October 23 under the influence of a depression which is likely to take shape over central Bay of Bengal the previous morning, the India Meteorological Department (IMD) informed on Wednesday.

The system is very likely to intensify further into a cyclonic storm over westcentral Bay of Bengal during the subsequent 48 hours, it added.

According to the midday bulletin, light to moderate rain and thundershower is very likely to occur in several districts across the state till 8.30 am on October 24. There is no major weather till October 23 morning. While yellow alert has been sounded for three districts in the next 24 hours, the intensity of rain is likely to increase thereafter.

“A clear picture on the track of the cyclone will emerge once the low pressure forms tomorrow. We will then be able to give details on the likely impact of the system on states and countries,” IMD Bhubaneswar Director HR Biswas said.

According to weather scientist Sarat Sahu, the system will have an impact on coastal Odisha. “If it crosses the Andhra Pradesh coast, there will impact on South Odisha and the state will also be affected if it moves along the coast towards West Bengal. The rain intensity may increase from October 24-25 as post-monsoon cyclones bring more rain,” he said. 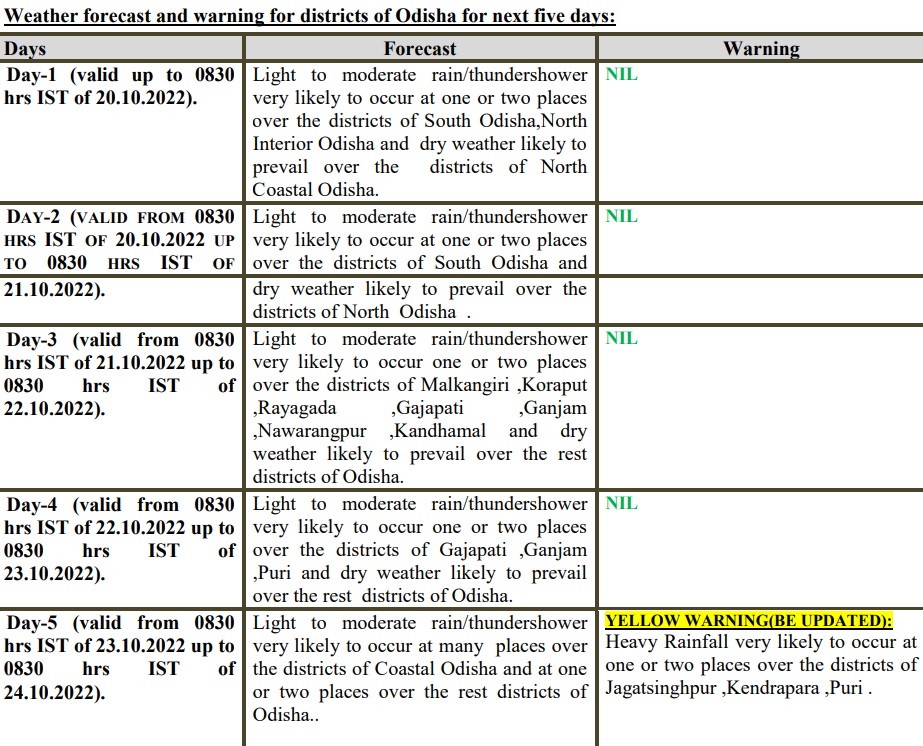