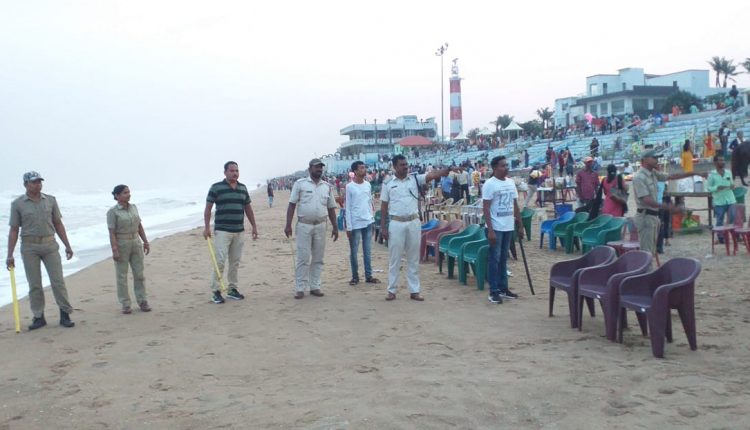 Berhampur: The entry of visitors to sea beach at Gopalpur in Odisha’s Ganjam district has been restricted in view of likely impact of cyclone Sitrang.

As it has been forecast that the sea will remain rough under the influence of the cyclone, the district administration had earlier alerted the fishermen not to venture into sea and also asked those in deep sea to return to the land.

According to sources, in order to prevent any loss of life due to high tide in the sea, the administration decided to keep the people away from the beach from Sunday to October 26.

Despite the forecast, there was heavy rush of people from Gopalpur and visitors from outside on the beach on Sunday evening. The food stalls selling fast food and snacks along the beach were also crowded by the visitors.

On the instruction of the administration, police enforced closure of the beach to the visitors. They dispersed the crowd and closed down the stalls and shops. One platoon of police force will be deployed on the beach during the closure period, said IIC of Gopalpur police station Srikant Khamari.

ISL-9: Odisha FC Come From Behind Yet Again To Win First Home Game