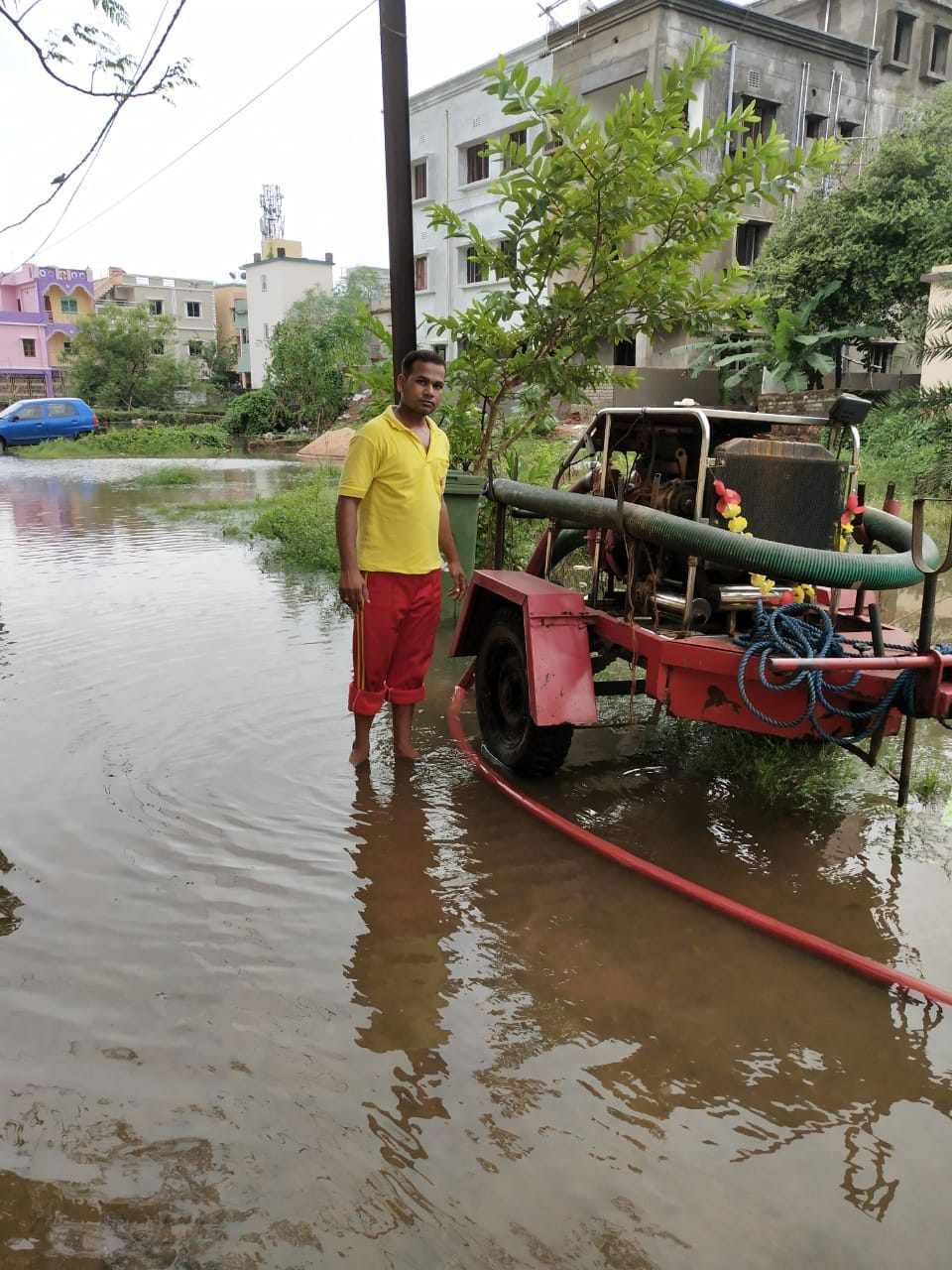 Bhubaneswar: In the aftermath of cyclone storm ‘Titli’ that triggered heavy rain in the state capital, the entire workforce of team Bhubaneswar Municipal Corporation (BMC) has been put on high alert and action mode to tackle waterlogging issues.

The helpline numbers of the BMC have received 37 complaints since last night and all were addressed. The Bhubaneswar Operations Centre (BOC) received 26 complaints till evening and the BMC Storm Water Control Room received 11 complaints.

Since the midnight of Thursday, as many as 14 pumps were pressed into service at different locations by the Odisha Fire Services. The BMC stationed its pumps at seven various locations across the state capital.

Citizens from low-lying and vulnerable pockets across the city are registering their complaints through Bhubaneswar Operations Centre 18003450061 and with the Storm Water Control Room (BMC) on 0674-2432281.

Since midnight, all 13 sector officials across the city, engineering teams and monitoring staff comprising local ward officers, community organisers and sanitation staff including those deployed by the private sanitation agencies started their work and it is still continuing till this evening. At many places, excavators were put to use to clear water from the water-logged areas.

According to the regional meteorological centre of India Meteorological Department (IMD), while the city received nearly 97 mm rainfall between 8.30 am on October 11 and 8.30 am from 8.30 am till 2.30 pm on Friday, it received more than 20 mm rainfall, causing waterlogging in many low-lying areas.

Meanwhile, those displaced from Jagannath Basti and relocated to Pandakudia are being given proper shelter at the nearby Madhusudan Upper Primary School, Shyampur. They were also given food and medical care by the city administration.

Will Internet Shutdown Over The Next 48 Hours?