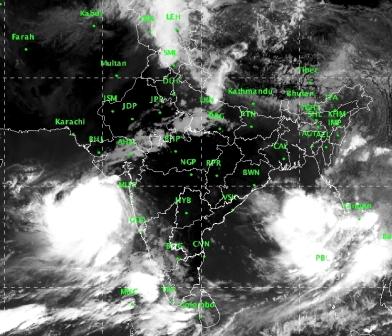 “The eye of the storm will not enter Gujarat, but still the coast will feel the impact,” news agency Reuters quoted an IMD official as saying.

The cyclone was expected to hit the Gujarat coast, and officials called for more than 300,000 people to move out of low-lying areas and for airports to suspend operations.

Railway authorities cancelled more than 70 train services and restricted more than 24 others while sea ports were shut and some large refineries were also put on alert.

Rain began falling along the Gujarat coast in the morning and it could get heavy through the day, the official further said.