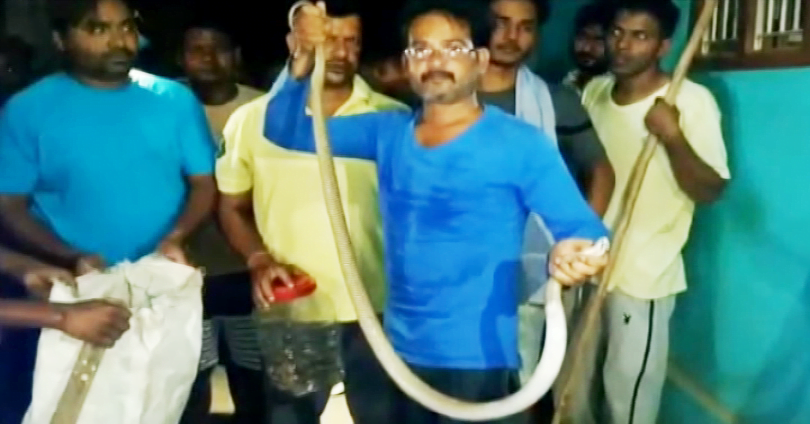 Nabarangpur: A mother cobra and 22 hatchlings were found near the courtyard of a house at Papadahandi in Nabarangpur district on Wednesday evening.

Later, villagers along with a snake catcher rescued the cobra and hatchlings. However, one hatchling died at the time of rescue. The snakes were then released into a nearby forest.

According to sources, the family living in the house spotted a cobra skin and alerted the villagers.

Truck Runs Over Youth In Bhubaneswar