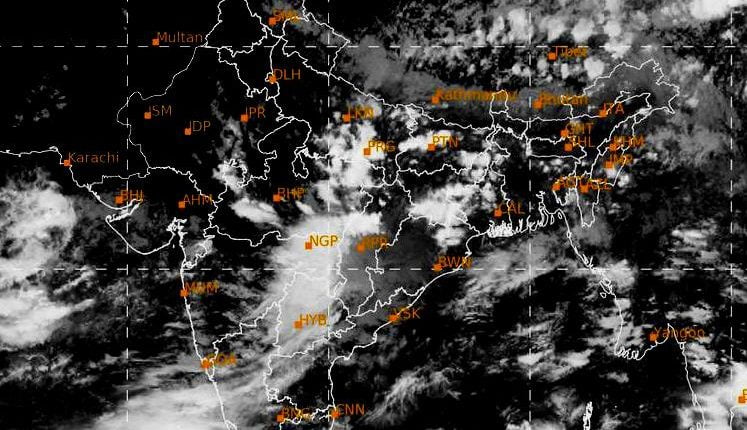 Bhubaneswar: The India Meteorological Department (IMD) on Monday issued a heavy rainfall warning in the interior districts of Odisha under the influence of cyclonic circulation.

“A cyclonic circulation over the north interior Odisha and neighbourhood is most likely move northwestwards during the next three days. Under its influence, there will be heavy to very heavy rainfall at one or two places over the districts Sundargarh, Nuapada, Balangir and heavy rainfall one or two places over the districts of Nabarangpur, Kalahandi, Bargarh,  Jharsuguda, Sambalpur and Sonepur in the next 24 hours,” the IMD said in a mid-day bulletin.

It also said that a seasonal monsoon trough stretching from north Punjab to northwest Bay of Bengal across Haryana, south Uttar Pradesh, Jharkhand and north coastal Odisha, will further increase the rainfall in Odisha.

The rainfall will increase with thunderstorm with lightning at one or two places over the districts of  Koraput, Rayagada, Gajapati, Ganjam, Keonjhar, Mayurbhanj, Jajpur, Bhadrak  and  Balasore on June 25 and Malkanagiri, Nabarangpur, Koraput, Kalahandi, Kandhamal, Boudh, Nayagarh, Khurda, Cuttack, Dhenkanal, Keonjhar, Mayurbhanj, Angul and Sonepur on June 26.

There will be no change in the weather condition after June 26, the IMD said.