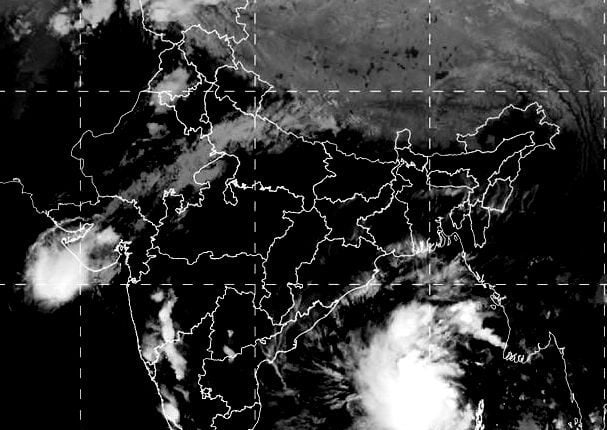 Bhubaneswar: The India Meteorological Department (IMD) on Wednesday said that the cyclonic storm, which is going to form over the east-central and adjoining south-east Bay of Bengal in the next 12 hours, is most likely to skip the Odisha coast.

The forecast by the national weather agency came in a special bulletin this evening.

“The deep depression, which has remained practically stationary over the east-central and adjoining south-east Bay of Bengal now lies about 390 km west-northwest of Maya Bandar (Andaman Islands), 810 km south-south-east of Paradip (Odisha), 920 km south-south-east of Sagar Islands (West Bengal) and 960 km south-south-west of Khepupara (Bangladesh). It is very likely to intensify into a cyclonic storm during the next 12 hours and concentrate into a severe cyclonic storm during the subsequent 24 hours and move in a north-west direction for some time and then in the north-north-west direction towards West Bengal and Bangladesh coasts,” the bulletin added.

Due to the prevailing system, squally wind speed reaching 40–50 kmph with gusting up to 60 kmph is most likely to commence over the north-west Bay of Bengal off Odisha and West Bengal coasts from the evening on November 8 and gradually increase thereafter under the influence of the cyclonic storm.

In view of the inclement weather, fishermen have been advised not to venture into the north Bay of Bengal along and off Odisha and West Bengal coasts from November 8 while those in the deep sea have been advised to return to the coast by the night on November 7.

Apart from this, the authorities of all ports in Odisha have been advised to hoist the Distant Cautionary Signal No-1.