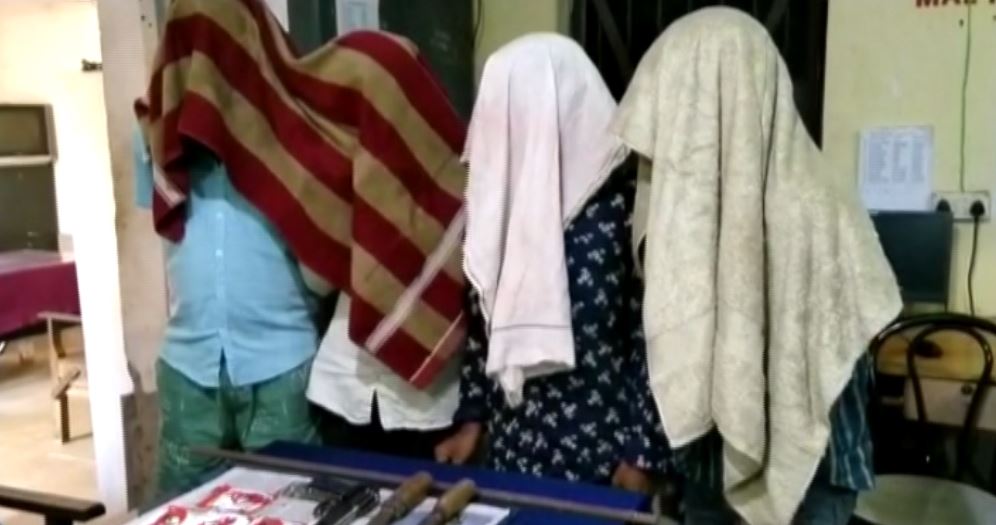 Bhubaneswar: The Commissionerate Police busted a dacoit gang and arrested four dacoits at Badagada in the Odisha capital on Monday. Two other dacoits managed to flee from the spot.

Acting on a tip-off about the presence of dacoits in Badagada area, the Commissionerate Police conducted a raid and arrested the accused persons. They were planning to kill a dacoit in the area.

The police seized a motorcycle, a fake firearm, chilli powder packets and other sharp weapons from their possession.

There are more than 12 cases registered against them in different police stations.